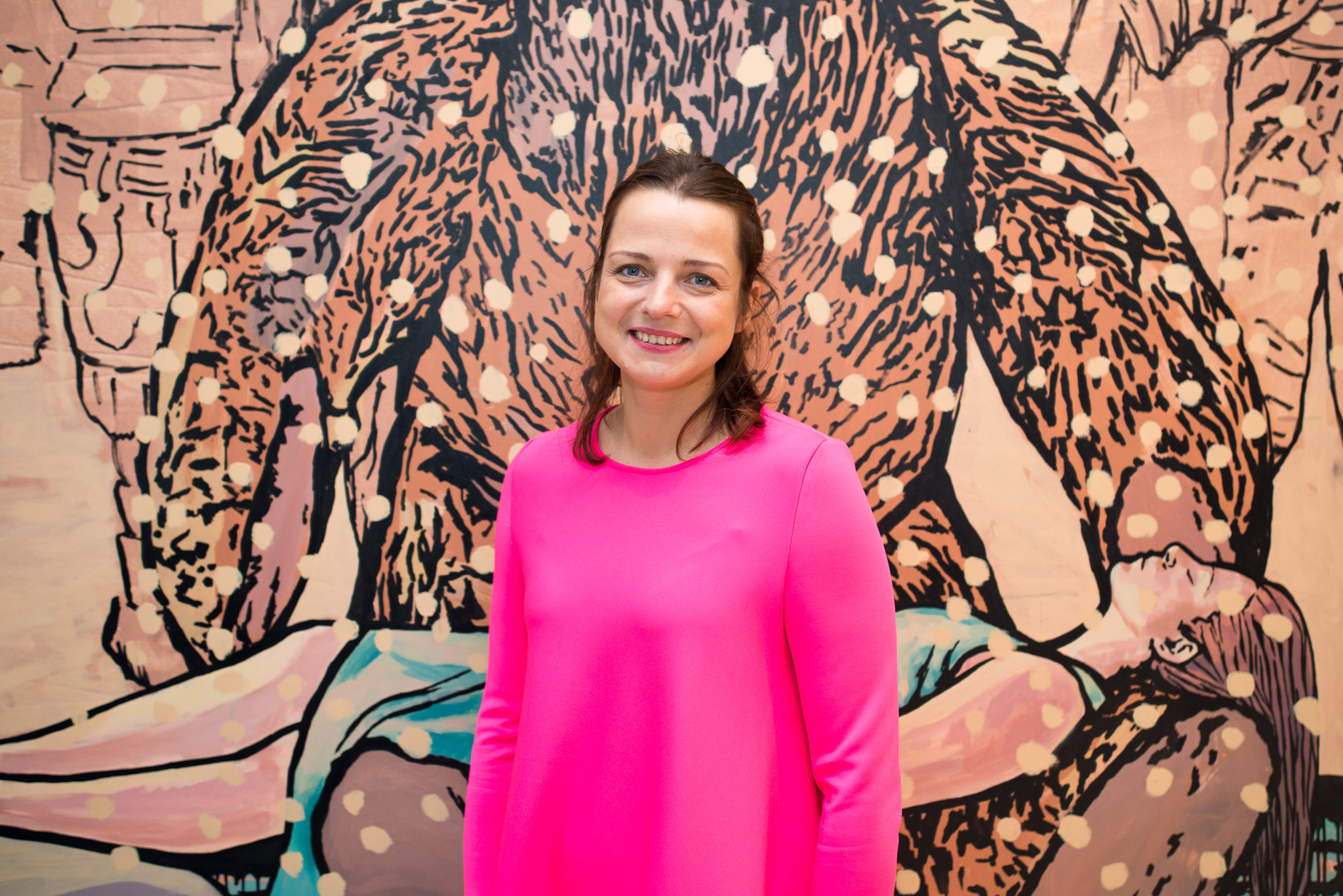 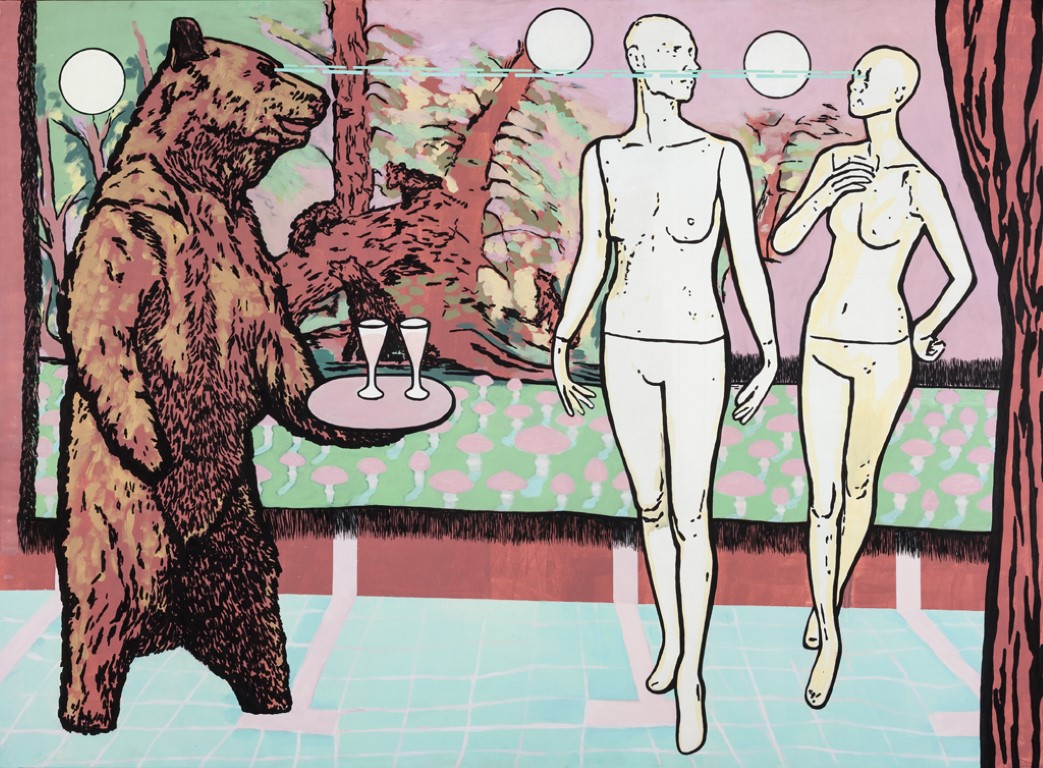 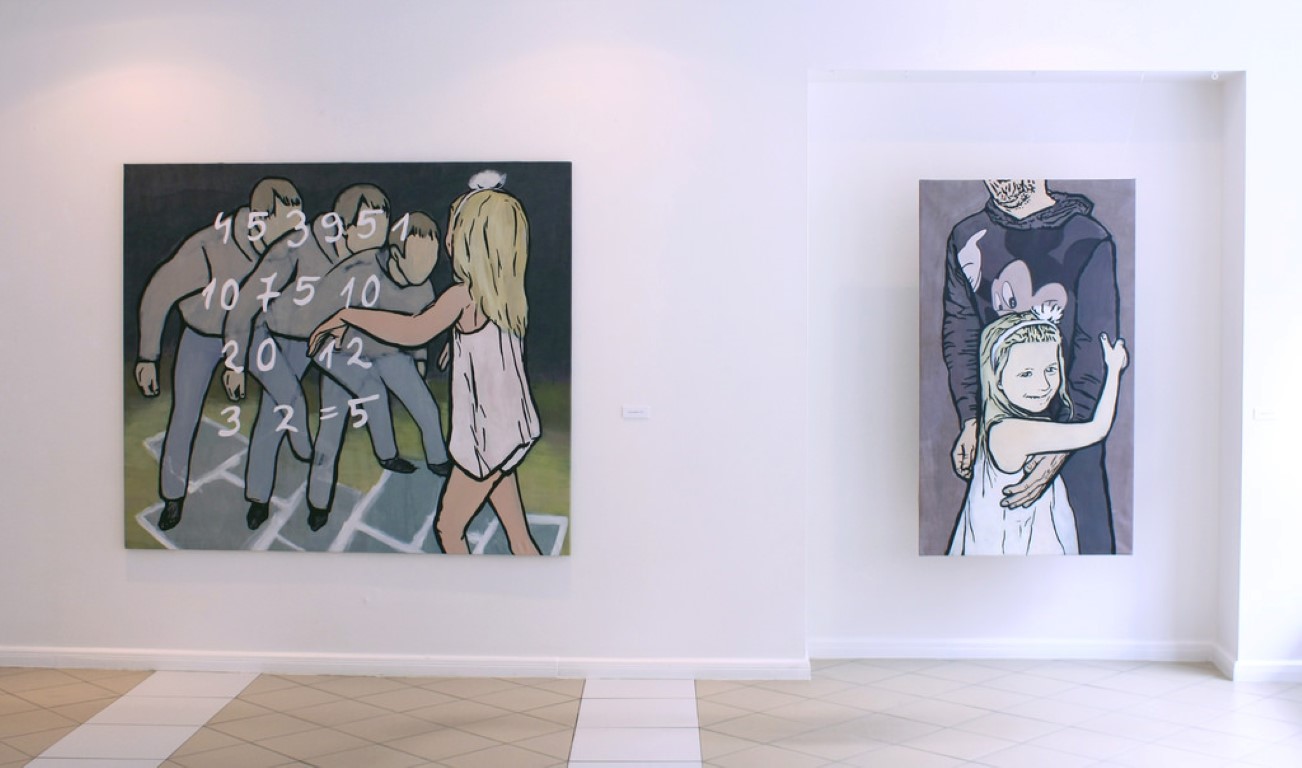 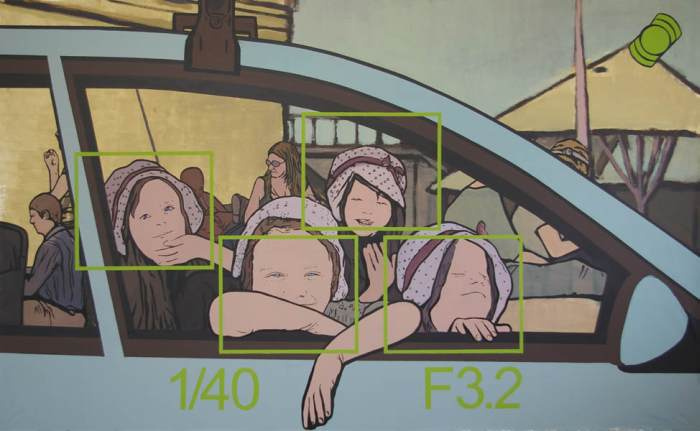 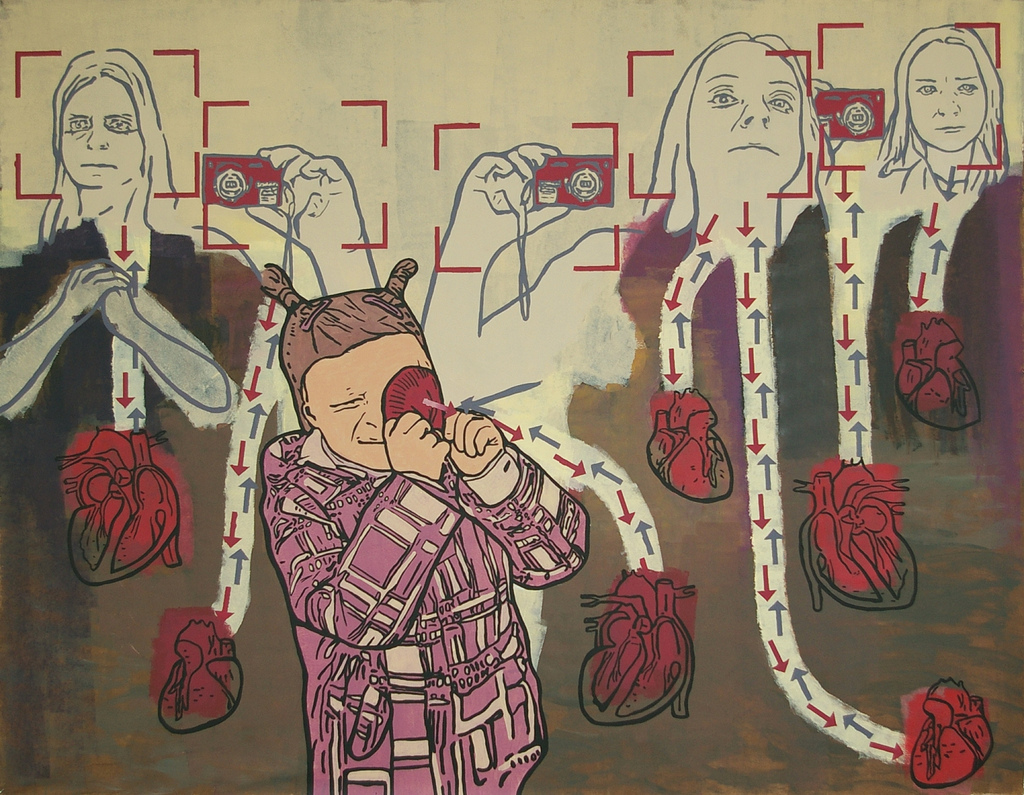 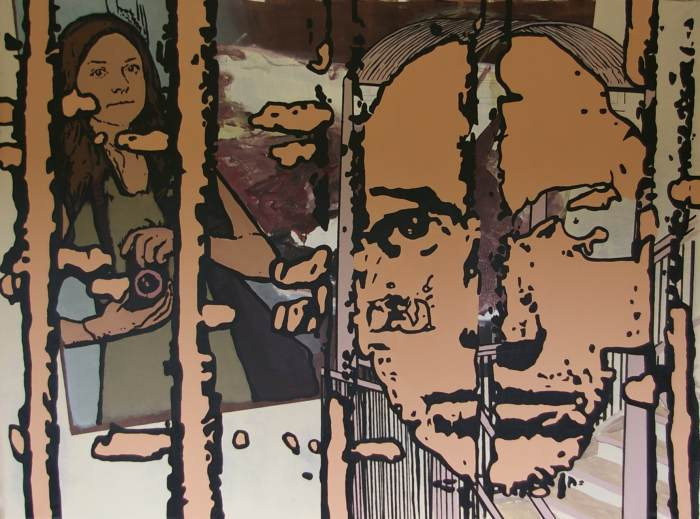 Jolanta Kyzikaitė is a Lithuanian painter with a brilliant touch of poster artist, able to capture spectator’s interest.

The artist studied at the Vilnius Academy of Arts where she received her bachelor’s degree in 2002 and master’s degree in 2004. Since 2012, she has been a doctoral student of arts. Jolanta Kyzikaitė is the winner of the Top Young Painter Award 2010 earned at one of the most important young artists’ competition in Lithuania. In addition to solo exhibitions, the painter is actively participating in group exhibitions in Lithuania and abroad, artist-in-residency programmes and art fairs in Vilnius, Paris, Cologne, Budapest, Vienna and Moscow. Some of Jolanta’s works have been acquired by the Contemporary Art Centre in Vilnius, Walter Bischop Museum in Germany and private collectors.

One of the dominant themes in Jolanta’s works of art is children and their complicated world. The painter often depicts her daughters. She says it’s a sort of self-portraying which allows seeing a part of one’s own self and society in the paintings. According to the art critic Monika Krikštopaitytė, in her paintings Kyzikaitė analyses various threats facing children and childhood development issues. In depicting children, the artist highlights issues that are relevant not only to children but to grown-ups as well, such as pressure to meet standards, resist different types of threats. Those themes become embodied in toys – children facing huge Barbie dolls, stuffed predators, or girl accessories challenging their quiet girlish routine. The greatest emotional load is pouring over canvases showing children engaged in cruel activities, such as bow-hunting. Namely, this was the subject of “Forest Museum” (2010) which won the Top Young Painter Award.

In her latest works, Jolanta Kyzikaitė adapts the game principle to the very process of painting. She begins the process with creating an archive of drawings, ideas and possible scenes. The elements to be assembled into a painting depend on the outcome of dice rolls. Such a principle of choosing subjects reveals a couple of things. First, it is the principles of the artist’s work. Kyzikaitė takes photographs of the images she likes and then composes them into new plots. This turns her works in the paraphrases and commentaries of reality. Second, looking at the picture compositions resulting from the dice tossing, we can see that they have much in common with the painter’s earlier works. The new works also are not short of paradoxes and unexpected encounters between different characters.

The painting style of Jolanta Kyzikaitė can be described as generalising and poster art. The decorative effect is created by clear contour-lines used by the artist to denote objects and subjects. Kitschy colours and textures, such as cheetah and leopard patterns, can be frequently seen, too.  This manner of depicting serves as a “decontaminator” for uncomfortable or ugly plot lines by approximating them to images frequently met in the media and easily employed by spectators. The strategy evolves from Jolanta’s interest in the interactions between banality and essence, kitsch and traditions. This is the theme of her Straw Gardens installation (2012) where plastic drinking straws are used instead of Lithuanian polyhedron home decorations traditionally made of straws.  >

At the invitation of the gallery, renowned photographer and video artist Audra Vau visited the studios of the gallery’s artists and created their video portraits, Artists About Artists, which reflect the artists’ limited present, creative ideas, and the very process of creating works of art. One of the presented artists – painter Jolanta Kyzikaitė. More about the project here.

Jolanta Kyzikaitė exhibition of Paintings and Drawings TEMPORARILY AWAY