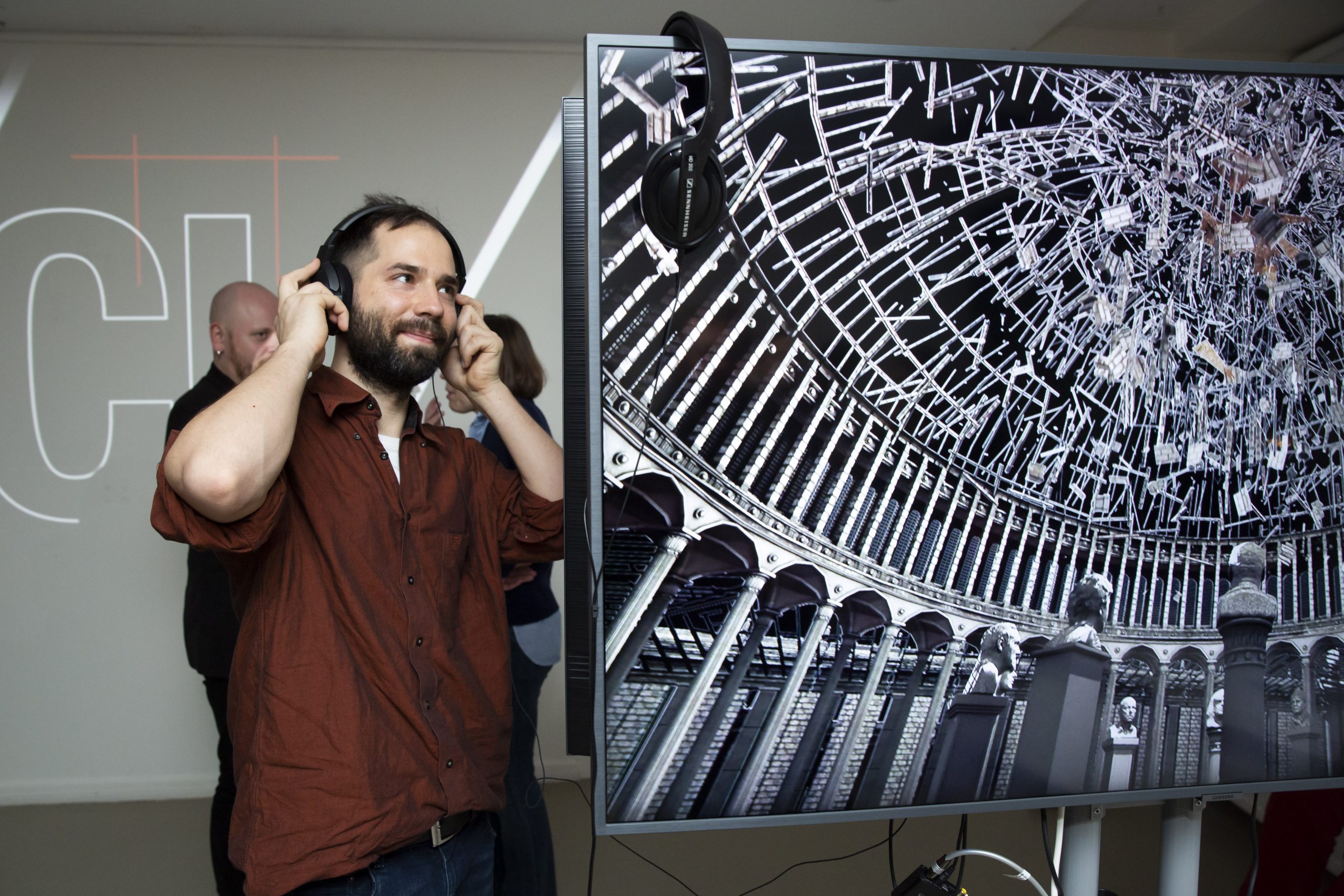 Rimas Sakalauskas is one of the most talented young generation’s video artists, working in the field of multimedia. He studied Photography and Media Art at Vilnius Academy of Arts and Royal College of Arts in London. His video works have gained great recognition both in the Lithuanian and foreign art world. Meno Niša has mainly presented Rimas Sakalauskas’ works at Vienna Contemporary, Positions Berlin, Art Market Budapest, Art Moscow, ArtVilnius, Art16 and YIA in Paris and Brussels.

Rimas’ video projection designs have been featured in theatres of Poland, Iceland, also in concerts all over Europe as well as in Asian countries. Among his most important achievements is the first place in media art Grand Prix awards in Open Category presented by Turku (Finland) – European Capital of Culture 2011. In 2013 Rimas was awarded for the best Installation in IV International art fair ArtVilnius’13.

Rimas has shaped his creative philosophy from early on. It manifests itself through artistic forms, the artist’s favoured and recurrent themes (science, physics and man-transformed nature), forms of matter encountered in his films (liquid, metal), images (soviet buildings, factories, monoliths), and the overall rendition of the world in the nihilist key. These elements brand the artist’s method making his creative stages and evolution intuitively predictable, yet his works are no way boring or the same. He keeps abreast of technological innovations and takes challenges. The conceptual for him is equally important as the visual. Having mastered computerised technologies, the artist has gradually got to “shifting” static objects, circling them around, to “melting” buildings, factories or sculptures.

While in his early works there were his parents, siblings or close friends, who agreed to be used as characters, with the perfection of technological assets this has changed to the extent where people, animal organs or other real protagonists have disappeared from his films and videos. He often creates a repetitive and monotonous picture, placing the mystical, invented imagery into such environments where these alien bodies bare cast like real, while the ominous sight – extremely attractive.

When he finished studies, he impressively graduated presenting his BA work Synchronization (2009) which was awarded the Lithuanian Silver Crane. It also led the author to a significant national and international recognition. The work became part of the Modern Art Centre’s collection; it visited over 70 art festivals from Vilnius to New York, to Brazil, wining a dozen of main prizes.

A video projection, when used at the theatre, usually renders a dream, a hallucination, or is employed to emphasize the inner state of a protagonist; it sets a mood and atmosphere. The deeply atmospheric videos by Sakalauskas are highly suitable for the theatre, no wonder his works for the drama stage have been noted early on.