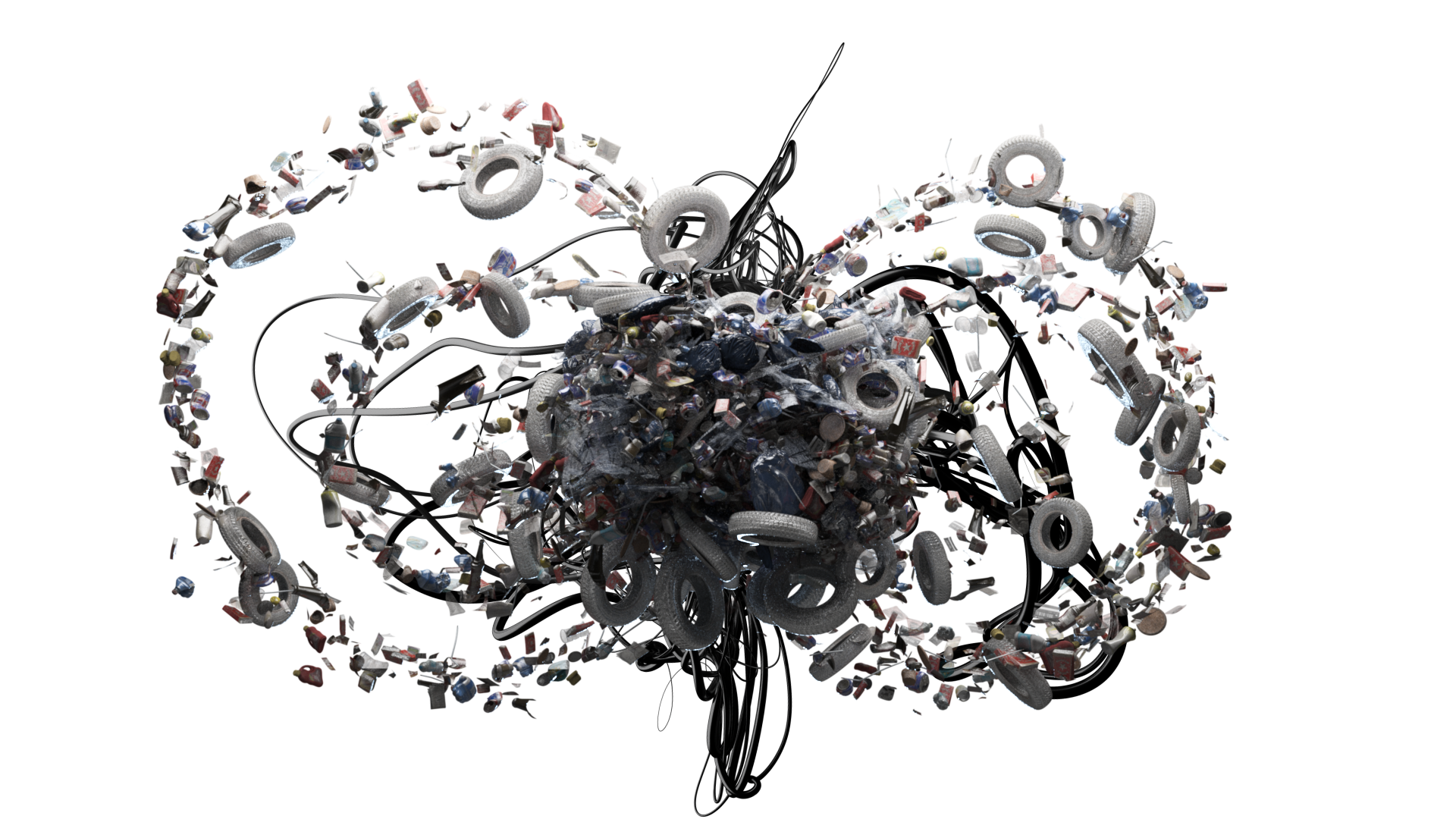 At 7 PM on January 16th, the Meno Niša gallery in Vilnius will present the exhibition Disposition of video artist Rimas Sakalauskas’ 3D music videos and video clips. The artist will present works created for songs by the following bands: Antis, Leon Somov, Daddy Was a Milkman, and others.

One of the most talented video artists of the young generation, Rimas Sakalauskas specializes in multimedia and 3D installations. Rimas boasts a shortlist of achievements, including the Silver Crane and the Golden Stage Cross awards. At ArtVilnius’13, his work was selected as the best installation, and at ArtVilnius’18, he was recognized as the best young artist at the fair. Disposition is Rimas Sakalauskas’ third solo exhibition in the Meno Niša gallery.

According to Rimas Sakalauskas, in recent years he has been working intensively with musicians and has accumulated a considerable archive of video works. “I wanted to put all my work into a certain system, installation, a larger and wider audiovisual work. After all, the videos I have made are scattered all over the Internet and they have been made using different techniques,” said Rimas, adding that there are more advantages to making music videos than working in a theater.

“When creating music clips, you already have good enough frames, outline and rhythm, which you can use to create an idea. The music is quite abstract and allows for wide interpretation. Working with musicians is usually very fruitful. They have ideas but they never force them on you as absolute truth. They become the arbiters of the work, allowing enough freedom of expression,” said Rimas Sakalauskas.

Speaking about his collaboration with Rimas, musician Leon Somov said the artist is well-versed in his work, generates ingenious ideas, and is interested in new trends. “With ‘Impatient’, I set out to create a work that I could proudly show to my grandchildren,” said the musician, who described “Impatient” as “a psychedelic journey through the emotional state.” Leon Somov was delighted that the clip, made by Rimas, added to this journey and made the piece more meaningful. “The recovered and highly original motifs highlighted the unspoken feelings in the song. There is a very effective moment when creators discover a common language and work reaches a whole new level. Without Rimas, I think this piece would be a ‘journey through a state,’” said Leon Somov.

Rimas Sakalauskas also created a video for the musician Daddy Was a Milkman’s song “Choke”. According to the artist, “Choke” is a song about dark moments so that he couldn’t have found a better video artist than Rimas for the song. “It’s not without reason that Rimas told me to take my positive songs to someone else,” Daddy Was a Milkman smiled when describing his collaboration with Rimas. According to the musician, “Choke” is a live concert video rather than a music video. The purpose of this video work was to complement the song in a way that would be easier for the listener to understand; so that not only would he be able to hear but also to see the dark mood presented therein, so as to be able to surrender to it more easily.

The exhibition is open from January 16th through February 16th.

***
Disposition is part of the gallery’s project Art Space for Young Artists, a successful and ongoing art project started in 2011, which includes exhibition series by young artists, thereby stimulating their initiatives and guaranteeing continuity of their artistic ideas.

The project is financed by the Lithuanian Council for Culture and  Vilnius city municipality
Exhibition partner:  Vilnius Academy of Arts
Thanks to musicians Monikadze, Leon Somov, Daddy Was a Milkman, music band „Antis“  and Music Information Centre Lithuania.