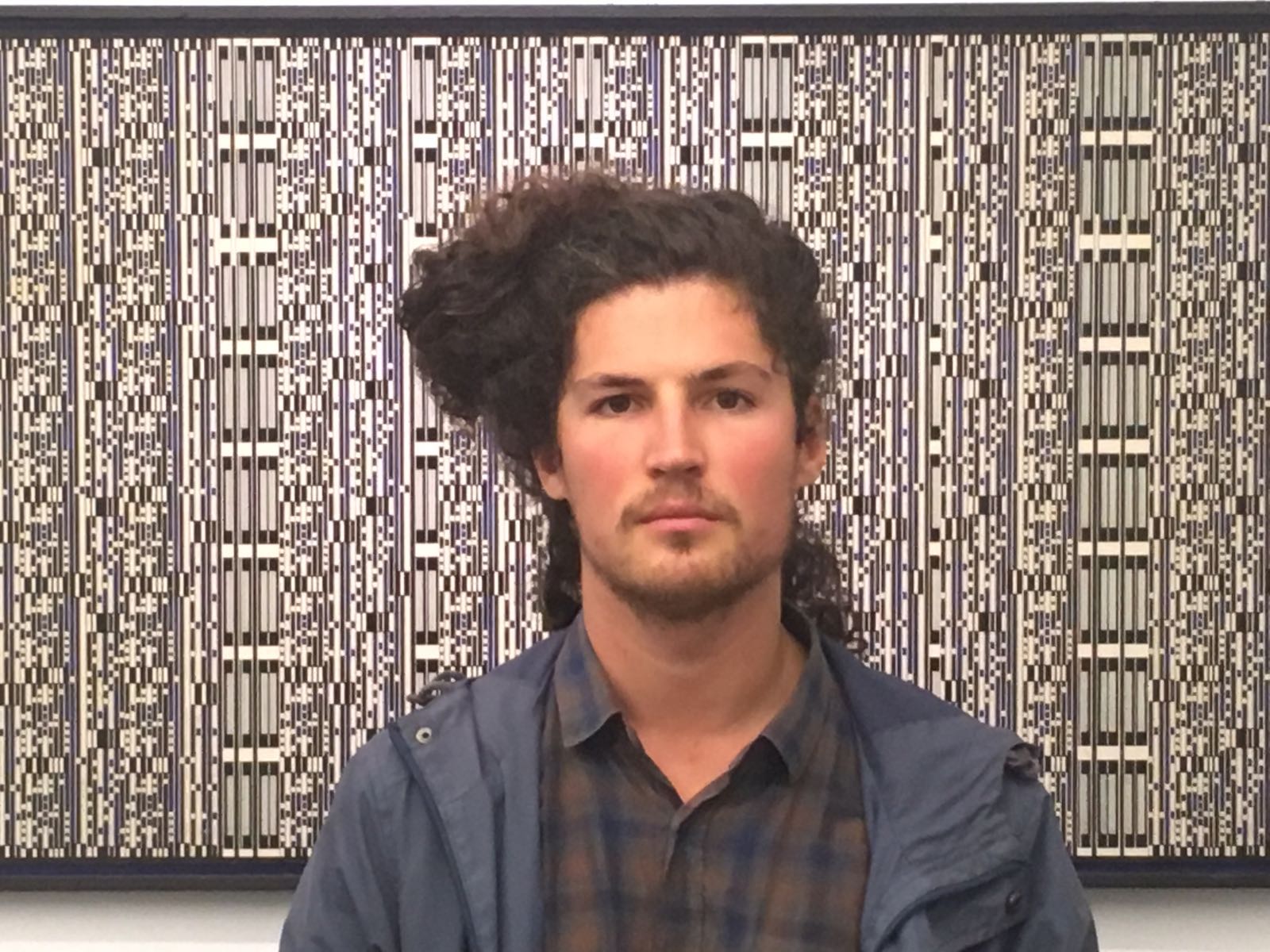 Paulius Šliaupa (1990) is a Lithuanian painter of the younger generation who has already received recognition not only in Lithuania but in foreign countries as well.

Paulius Šliaupa‘s works explore the relationship(s) between culture and nature, the interaction of ambience and light that affect our daily lives. By accumulating the flow of painterly images, atmospheric sounds and poetic energy, the artist creates sensual narratives. Most projects consist of multiple works, grouped around specific themes such as organic structures, rituals in nature, the flow of natural and artificial light and absurd poetic happenings.

Šliaupa holds a BA and a MFA from the Vilnius Academy of Arts as well as a MFA in media arts from KASK, Ghent. Selected exhibitions include the solo exhibition “Dès Vu“, Meno Nisa, Vilnius (2019) and the group exhibition “The upper hand“, IKOB, Eupen, Belgium (2020). Šliaupa is part of the HISK post-graduate programme 2020 & 2021.

Although abstract, Paulius’ paintings come from natural phenomena. The artist observes natural fragments: water flow, reflections, shimmer, or snow shine. These images remain deeply branded in the painter’s mind and, gradually reducing the recognisable contours, he starts revelation of the sensations and colours on the canvas. The artist is particularly interested in light experiences which, according to him, “are the simplest thing to convey visually, whether in-plane or in space.” Therefore, he does not only paint them but also takes on the direct capturing of the light – photography.

Another striking feature of Paulius’ paintings is their multilayerness. According to the artist himself, his paintings are “wrapped in time”, day by day continuing with one layer after another. Like a magician, he chooses for this a special time of day when the light falls very smoothly – early morning hours and few hours before nightfall. The creation of a multi-layer painting during the particular hours of the day turns into a ritual, in which the view of the streaks of light is permanently captured on the canvas. In addition, the coatings of paint, when hardened, create relief paintings with a rich texture that casts shadows itself. This makes the paintings work not only on the representational level but on that of the real world as well.

The paintings created by the artist also look at the source of light. However, the technical qualities determine the subtlety of these works – the light is creeping as if through the mists where the pale contours of unknown objects can be seen. We know from occasional names given to the pastels that these are fragments of houses, kitchens or railways. Thus, the Šliaupa’s glance slides over the world of bluish northern light leaving his reflections on canvas or paper.

In his videos, Paulius Šliaupa is interested in various forms of water encountered by the characters of his works in one way or another. These may be children eating spring snowflakes, or a surfer girl paddling into waves. All their encounters with nature are like allegories depicted in classical paintings that do not refer to specific individuals. Paulius’ characters, too, embody different states: admiration, guilt, and buoyant surprise. The artist’s camera observing them from far is static, but the associative assembling of images creates a sense of a very personal story.

Paulius Šliaupa REGARDLESS OF DELUSION