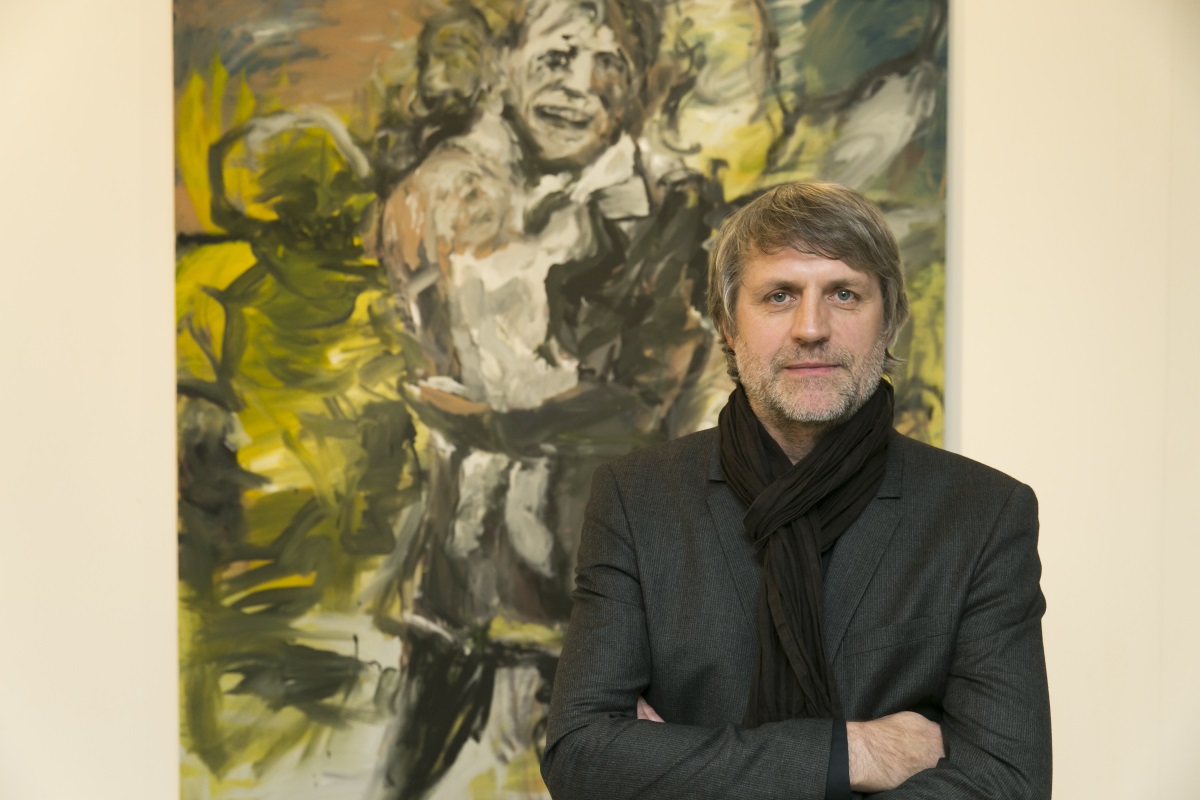 Gintaras Makarevičius – painter, scenographer, video artist, and documentary filmmaker. Initially studied architecture, but after becoming interested in painting, he continued his studies at the Vilnius Academy of Arts, Department of Painting (1988-1994). In the 1990s, like many artists of his generation, he traded his paintbrush for a video camera (although he has not abandoned drawing and painting to this day) and made his debut in the field of art as an artist of contemporary media – a creator of installations, objects, and documentary films, and became one of the first members of the Lithuanian Interdisciplinary Artists’ Association founded in 1997. Since 1995 he has been teaching at the Vilnius Academy of Arts.

Gintaras Makarevičius has participated in many prestigious international exhibitions of contemporary art, such as the Manifesta 4 Biennial of Contemporary Art in Germany (2002) and the La Rochelle International Film Festival in France (2005). In 2008, the artist was recognized with one of the most important awards given to contemporary filmmakers – he was awarded the main prize of the Lugano (Switzerland) film festival for the documentary film Winter Parallels. His works have been acquired by the KIASMA Museum of Contemporary Art in Finland, the MO Museum, and private collectors, and a series of wooden objects from his early years, Hair I, II, III, IV, can be seen in the permanent exhibition of the National Art Gallery.

Gintaras Makarevičius’ artistic activity also includes scenography. Having started his activity in the theatre in 1997, he is now one of the most prominent Lithuanian scenographers, designing sets for Lithuanian and foreign theatres. In creating drama and musical theatre productions, he collaborates with the most renowned Lithuanian and foreign directors, including Oskaras Koršunovas, Gintaras Varnas, Jonas Vaitkus, Algirdas Latėnas, Éric Lacascade, László Bagossy, Kęstutis Jakštas, Jonas Jurašas, and others. As a scenographer, G. Makarevičius has been awarded three Golden Crosses of the Stage. In 2017, he was awarded the Lithuanian National Prize.

If painting can be abstract, so can clouds.

I was painting a face, but I didn’t like it. Then a tree, but it didn’t convince me either; it looked too tree-like. I have realised I don’t want to paint things that already ARE.

How to join image and feeling or thought? Why does it matter?

The language of painting has its own grammar. It cannot be read either in words or sentences, but, clearly, it can be experienced and understood.

Painting is the art form that is most closely linked to the maker, since it can contain his psychophysic information and at the same time act as therapy, allowing one to stop time.

When concerts of art (I meant to write ‘concepts’) become wearisome, you want to recall the beginning.

What inspire most are senselessness and the process of painting, since therein lies freedom.