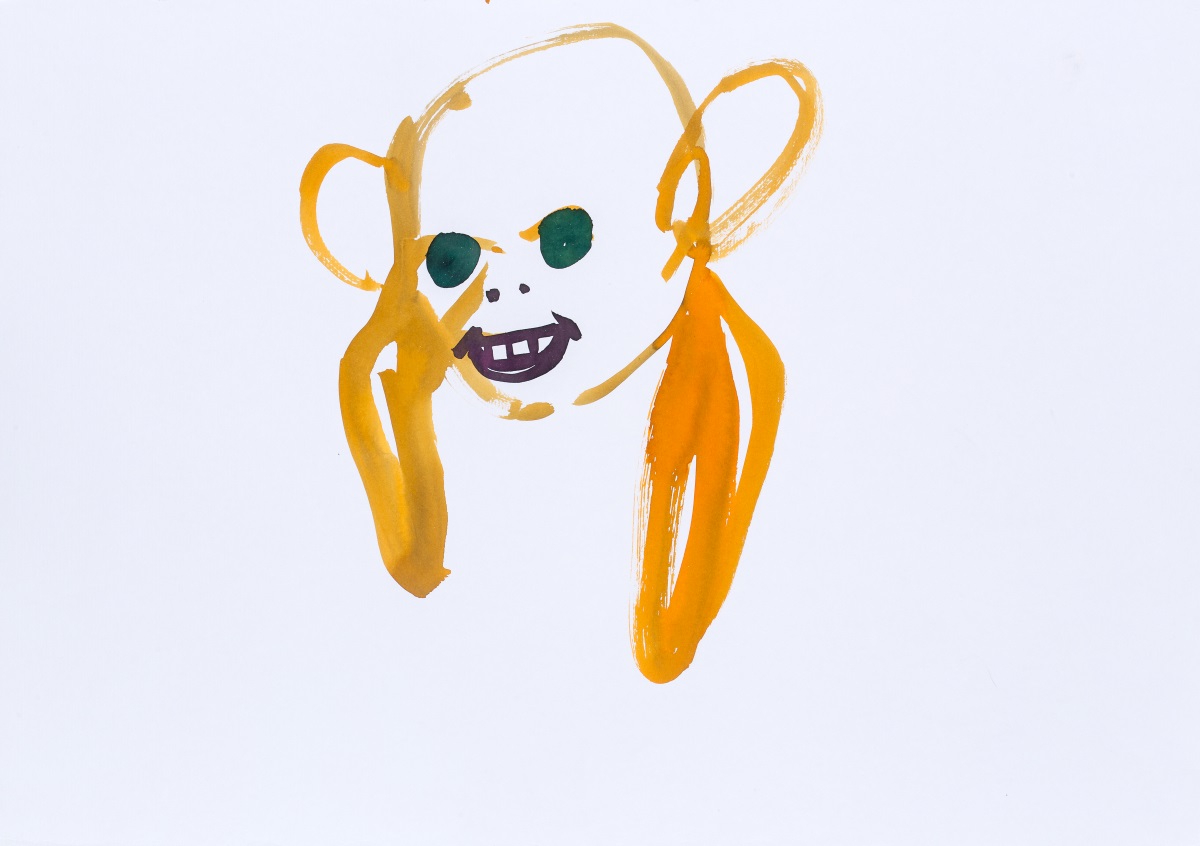 Everyone experiences time differently. Some trace it, others go with the flow or revel in anticipation. An artist documents. On November 27, the gallery Meno Niša is presenting The Time Catcher, an exhibition of paintings by the National Prize winning artist Gintaras Makarevičius.

The Time Catcher is a painting exhibition about painting, according to the curator Sonata Baliuckaitė: “Even though Makarevičius eschews representation and focuses on capturing states of being, the creative process itself, you do encounter in his canvases, depending on the time of looking, characters, you can read and fit stories. This exhibition includes some video art, which is more readily associated with capturing time. In this case, however, what Makarevičius documents is, once again, painting.”

The artist examines how to join an image with a feeling or a thought and why it matters. “The language of painting has its own grammar. It cannot be read either in words or sentences, but, clearly, it can be experienced and understood. Painting is the art form that is most closely linked to the maker, since it can contain his psychophysic information and at the same time act as therapy, allowing one to stop time,” Makarevičius says.

Makarevičius is a graduate of Vilnius Academy of Arts (1988-1994) where he studied painting, although his debut in the art scene in the 1990s was as a maker of installations, objects and documentary film. Makarevičius’ more explicit introduction as a painter happened two years ago with the show Surrender (curated by Julija Dailidėnaitė), at the VDA exhibition hall Titanikas, and this year his Man. Nature. History was shown in the art fair ArtVilnius’18.

Makareivčius’ artistic production includes stage set design, making him one of the leading figures in the field, designing sets in Lithuania and abroad. For his stage work, Makarevičius has been awarded three Golden Stage Crosses and, in 2017, he received the National Prize for Culture and Art.

Makarevičius has been recognised beyond Lithuania’s borders, too. He has participated in a number of prestigious contemporary art exhibitions, including the contemporary art biennial Manifesta 4 in Germany (2002) and La Rochelle International Film Festival in France (2005). In 2008, Makarevičius was awarded one of the most important documentary filmmaking accolades, the main prize of the Lugano film festival for his documentary Winter Parallels.

Makarevičius’ works are in the collections of KIASMA contemporary art museum in Finland, MO Museum in Vilnius and a number of private collectors. Makarevičius’ 1990s installation Hair I, II, III, IV is exhibited in the National Gallery of Art.

The project is financed by the Lithuanian Council for Culture and Vilnius City Municipality.