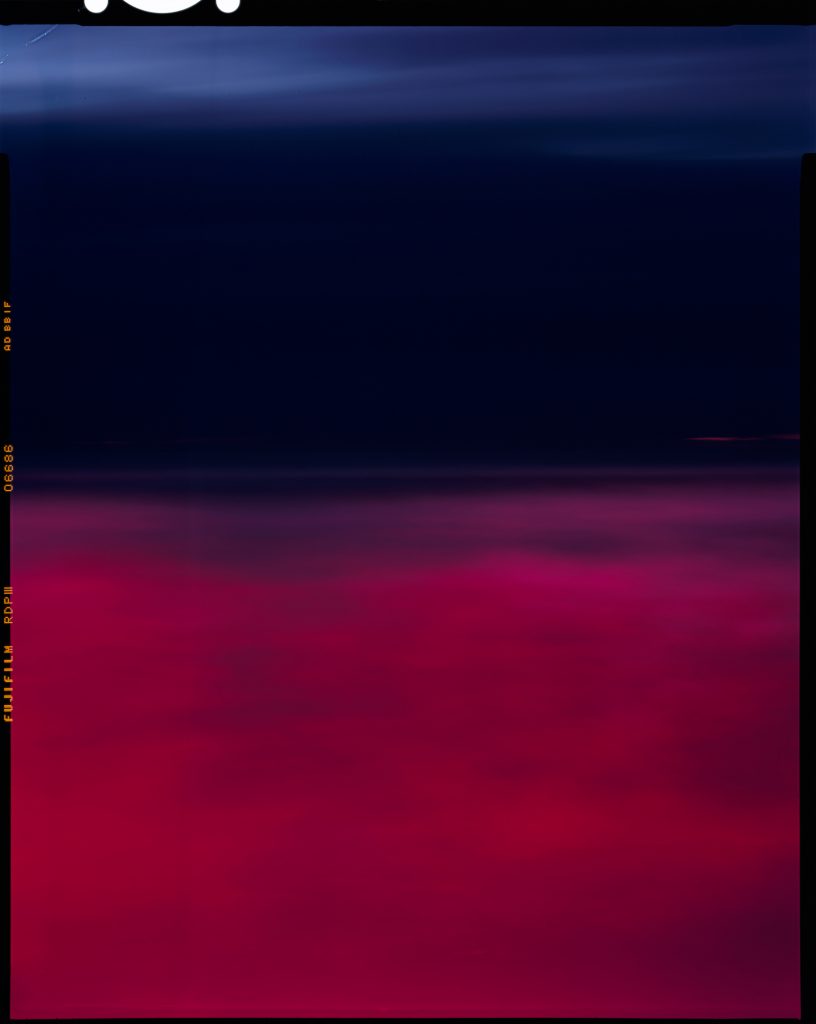 I still remember the dream.  I am standing up to my waist in water.  I feel like all of the water is made up of small ice cubes used for cocktails.  I don’t feel cold, there’s just this sense of uncertainty.  I walk further, the depth doesn’t change.  It is getting dark, but there is no sun, only a faint blue light reflected from the clear sky illuminating the landscape.  As far as the eye can see, an artificial pool of ice cubes in all directions.  Slowly a black tree silhouette emerges from the water in front of me.  Along with a bird on top.  It spreads its wings – they are densely encased in ice cubes.  I realize this is the last bird left anywhere.  I know it’s just a dream.

Usually dreams are forgotten and disappear on their own.  Droughts, floods, giant tornadoes, melting glaciers, mass extinctions of animal species, polluted oceans.  It looks like a distant, elusive dreamy abstraction taking place somewhere in the headlines thousands of kilometers away.  Maybe it’s fake, maybe it will pass.  Reaching a critical threshold, thanks to our ever-renewing genius, we will undoubtedly save ourselves.  Yes, someone is suffering, but after all, most live as they have lived (me, too, of course), they don’t really run into hysteria.  Everything will be fine.

After a brief flash of optimism, I was always surrounded by a feeling of helplessness.  I was born and raised by the Baltic Sea, which is the youngest sea in the world, but already one of the most polluted ones.  Therefore, this problem plagued me very personally and naturally.  I was desperately trying to capture what I didn’t understand.  After a long search, I read Timothy Morton’s idea that climate change is a “hyperobject” – ancomprehensibly large object stretched in space-time.  Knowable only in parts, but never all at once.  I realized I had to see  a part to start understanding the whole.

I remembered microplastics, barely noticeable particles, but at the same time found everywhere in the ocean.  I imagined them as synthetic plankton of all colors, invisibly wandering from one place to another.  That’s how I found my starting point.

I spent a lot of time by the sea, so it was easier for me to realize that the ridges of white waves in space and time continued into an unfathomable, white-gray leaf.  To reveal what is invisible, I had to fill it with light.

The basic principle of the Universe is relativity, or the interdependence of everything.  When I consciously realized this, the process gained ease.  My paper is the sea, the intensity of the waves determines the result (image) just as much as I do.  I no longer correct the light-embossed image on the analog slide with a computer.  Based on the principle of “controlled randomness”, I no longer clean off the dust, dog hair, or straighten the horizon line tilted by the water-washed stand.  I do not seek depersonalized aesthetics as in the idea of ​​dualism, “man did this to nature.”  After all, man is a part of nature.  So nature changes itself.  Only no longer spontaneously – like for billions of years so far.  I portray the current process of change – not the final apocalyptic point in the future.  The sea will change long after we are gone.  Turbid water is likely to clear up when left alone.

Only perhaps we have already reached a turning point when we will only be able to helplessly observe unpredictable changes in nature.  Perhaps, in order to create a whole new future, we will have to come to terms with the tragic collapse of our current way of life.  For me, it’s an optimistic, hopeful thought that inspires far more than the looming large idea repeated by the press that something will inevitably collapse someday.  Therefore, this series of photographs is silent and meditative.  It’s like a space to calmly reflect and feel.  Finally, I hope it symbolizes more than just new seas.  It is a vision of the limitations of current man-made systems and arrangements, but at the same time, of the possibility to create new and sustainable models in which everyone can live much more safely.