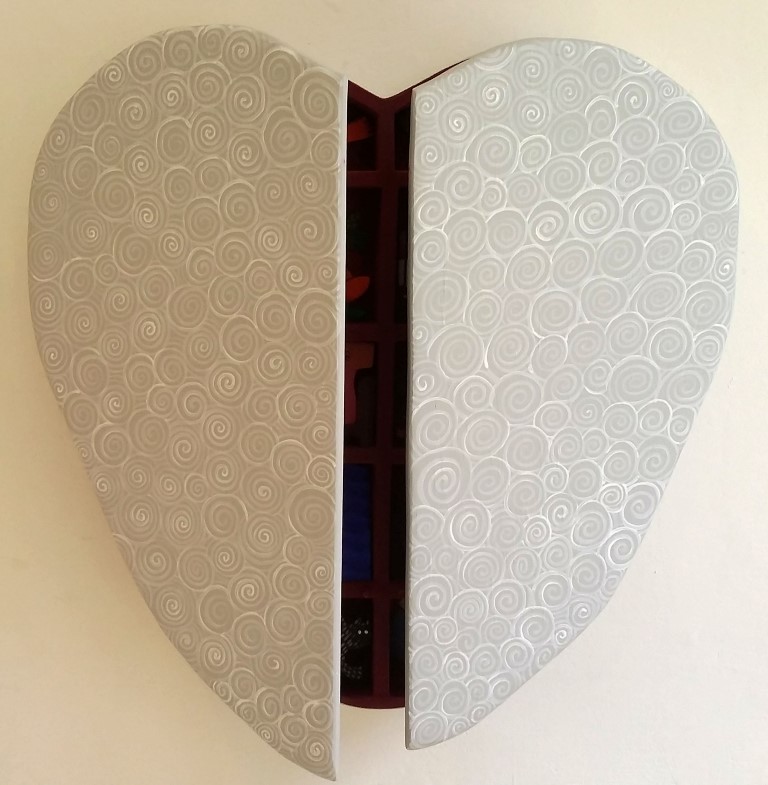 Marius Jonutis about his exhibition “Fairy-tales”

I am neither a singer nor an art critic. Therefore, I’ll neither sing nor talk about art.

Why fairy-tales this time? I can ask in reply – how could it be otherwise considering that it’s what I’ve been doing for the last six months. And that was enough. To tell the truth, I’ve been doing this for more than 20 years: sometimes I tried to invent my own tales, sometimes my heroes lived “as if in a fairy-tale”; sometimes I lived a fairy-tale life myself. But this time there are no invented stories, only the classic fairy-tales that everyone knows and that accompany us throughout our lives.

As far back as I can remember myself, I remember my father telling me stories. He would read fairy-tales for me or invent them himself. This winter I came to understand – he was proud of me being a painter. A Samogitian would not say it straightforwardly, but he let me feel it. On his last day. I have his urn in my studio. He was the only person with whom I have conferred about what to do with all those fairy-tales.

My most important teacher was Birutė Žilytė. I think there’s no other painter who would be more related to fairy-tales. I know by heart from my childhood her and Algirdas Steponavičius’ illustrations in books, and the most beautiful in my life Nykštukas (The Gnome) restaurant. My diploma thesis under Žilytė’s supervision was also a fairy-tale – a book entitled The Rat-Catcher of Hameln.

At the end of the last summer I struck on the idea to make a collection of fairy-tales. I can’t explain this. It simply struck me. Then I said to myself – no evasions or appeasements, hard work, as if for the last time. Unfortunately, it took longer time than I would like it to, and the number of fairy-tales should have been considerably bigger. Well, it’s not necessarily the end. There still are many stories.

Last autumn, when I already had some fairy-tales done, I discovered Tahir Shah. I have read his books about searching for the story inside; they have been written as if for me specially. I understood that I am not alone. This winter I badly wanted to visit Marrakesh, but I didn’t manage. I only brought my exhibition to Copenhagen where I was at least able to see The Little Mermaid. Anyway, it’s also a fairy tale.

They are everywhere around. A small wooden cabin in the forest, perched on a riverbank – it’s not a fairy-tale. It’s where I live. I have written and illustrated a couple of books. And they also contain only fairy-tales. We staged a theatrical performance with Rimas Driežis. Fairy-tales again. It’s inevitable. Along with my fairy-tale pictures, all winter I’ve been working on my so-far biggest order – I’ve been decorating a house near the sea. I offered my customers a theme – Eglė the Queen of Serpents by Salomėja Nėris. You can read and see the whole fairy-tale while walking around the house.

What else can I add to justify myself? It’s probably the time. It’s the time when things that seem important become really important. And you don’t care about any borders between art and play, between modernity and rusticity, between job and heavenly inspiration. Probably that’s the right time. I turned half a century old this winter.
I have such a stylish exhibition probably for the first time – no swerving, just about a dozen of fairy-tales, all of the same size – 60 x 60, at least their basis. Fairy-tales happen to independently grow in width, height or depth.

Come and see if you still/already care for fairy-tales. Thank you.