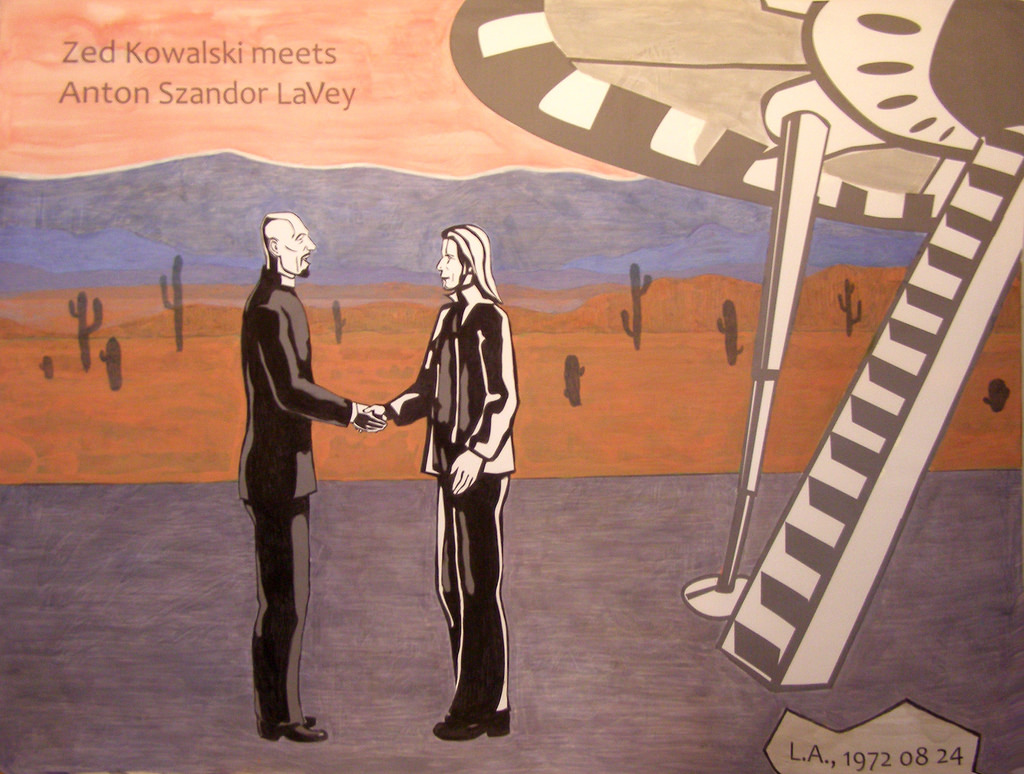 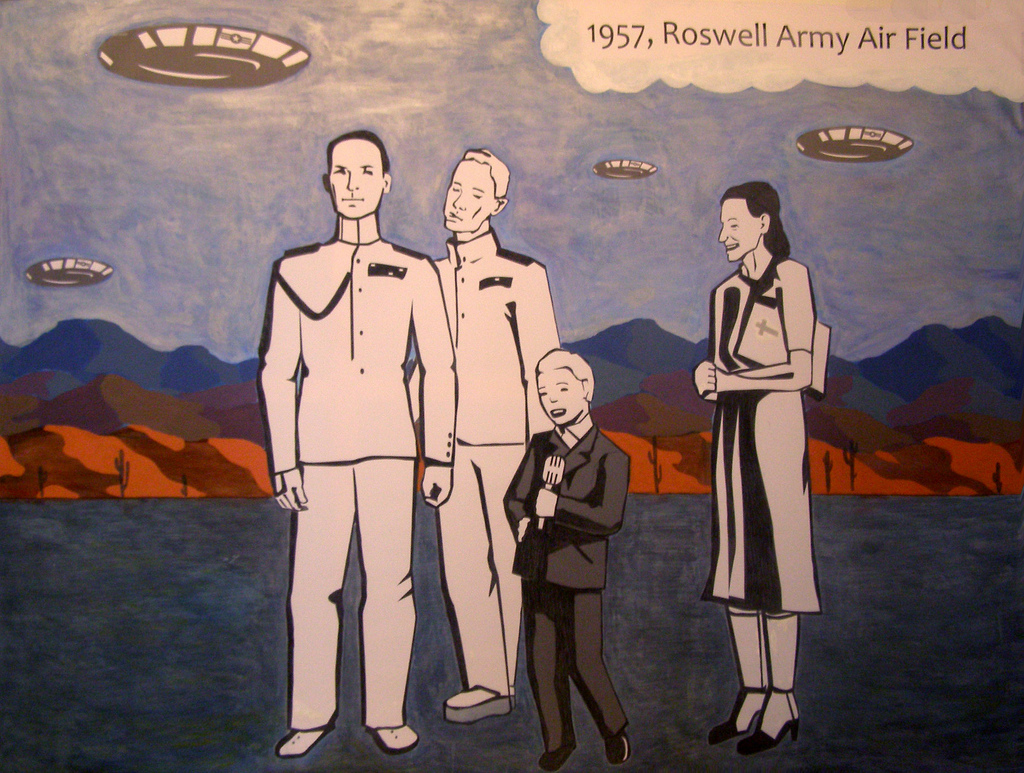 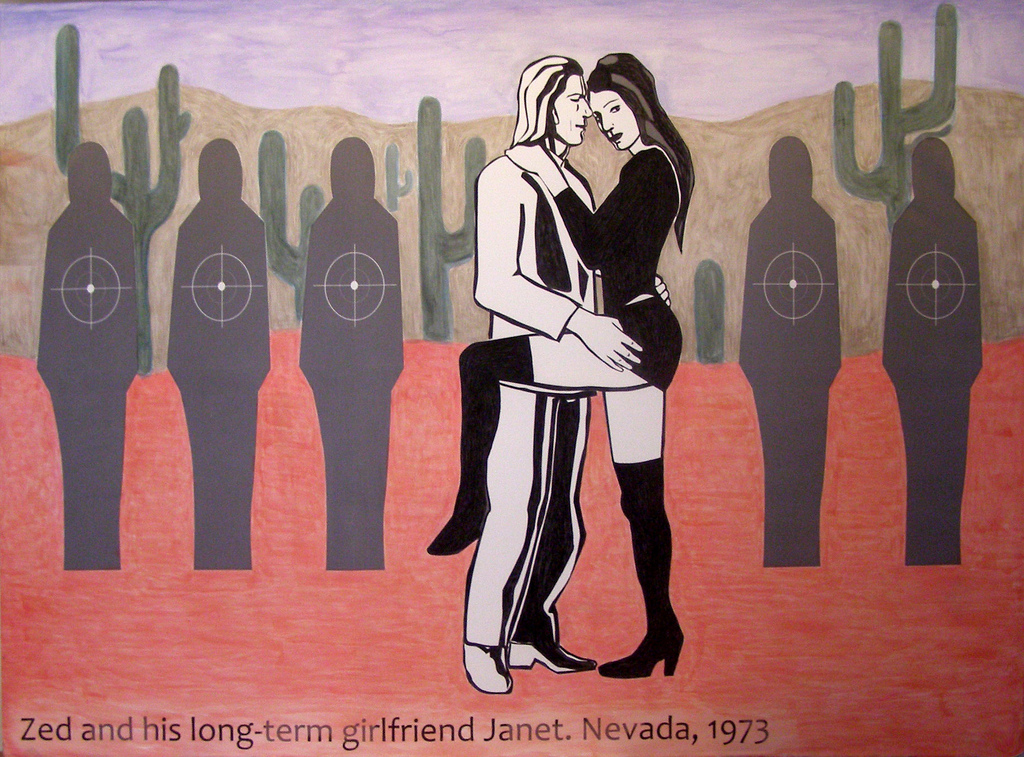 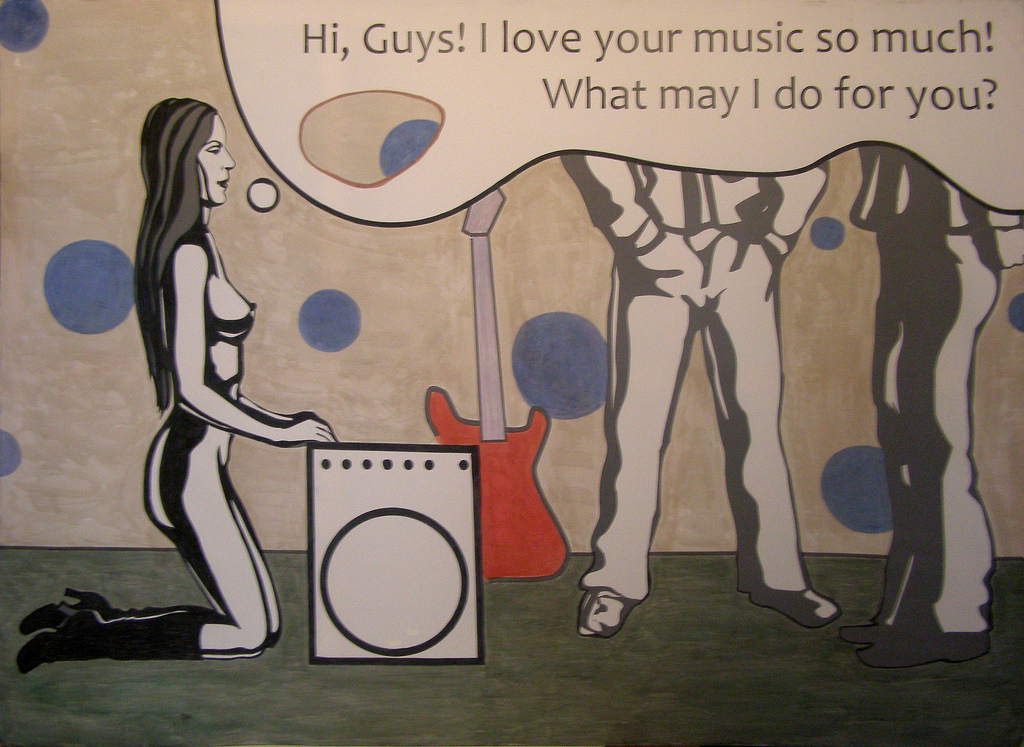 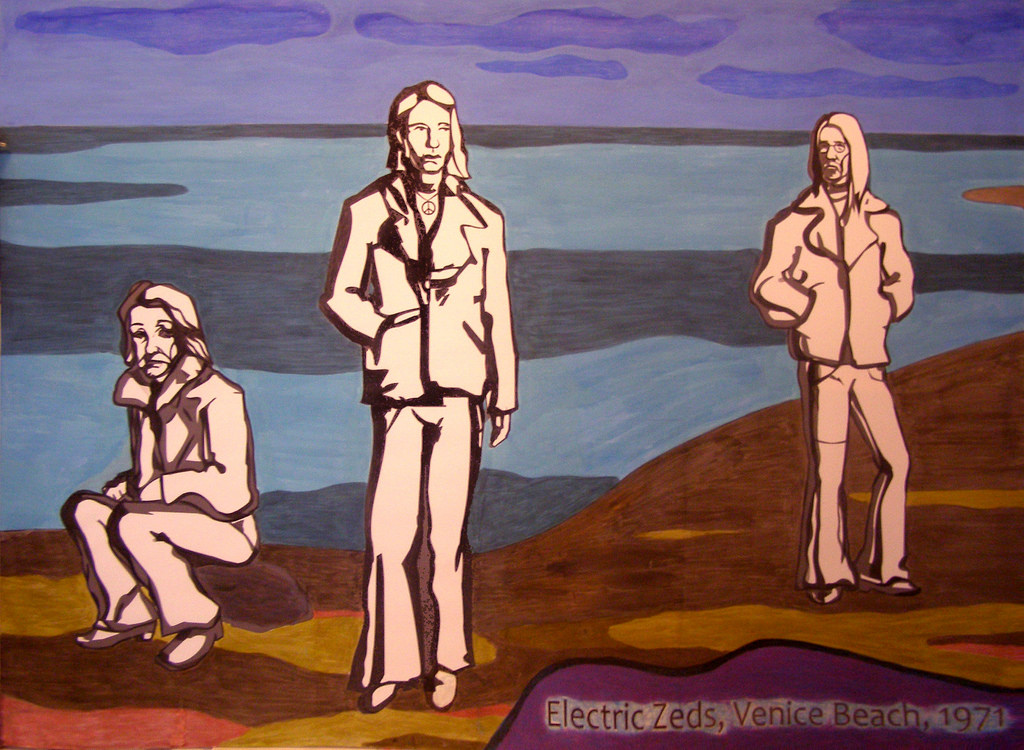 This project is a kind of materials for a movie that could have never be made. The paintings are a kind of storyboards, which have grown and become full-fledged artefacts. Each of them depicts some moments of Zed Kowalski’s, fictional rock star, biography – from the childhood to his blaze of glory.

Video is a pseudo-documentary work purportedly telling the memories of the Zed’s group members.

Zed’s world is fictional. This is an alternative history, in which the Roswell’s incident of 1949 was a factual event. The USA in fact received extraterrestrial technologies and won the World War III.

Zed’s biography is a selection of patterns of a cultural hero of the popular rock mythology. Music is something more than music; a rock star is kind of medium, a voice from the beyond. The rock star’s escapades are sacral acts, as depicted, for example in The Doors by Olive Stone and other biopics.

At the same time, Dead Rock Star is a highly personal project, a reflection of my teenage “rock’n’roll dreams” of rock idol’s life. It’s as if a farewell to a certain part of the personal biography. That’s why the author himself plays a tuned-off guitar in the video, portraying a ghost of Zed Kowalski.