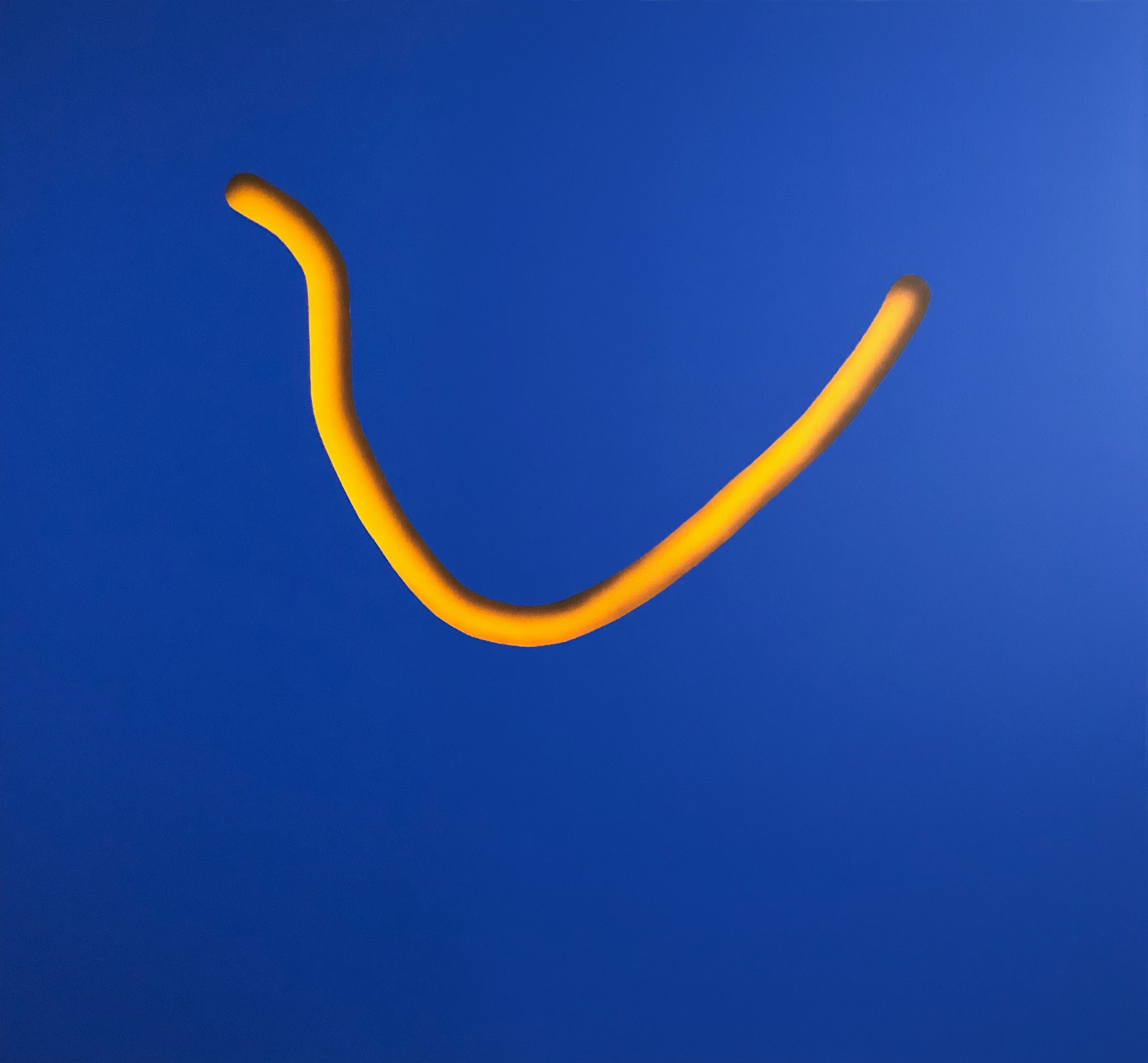 Jurgis Tarabilda. Into the Non-Being

The Non-Existing – exhibition by Jurgis Tarabilda

In these times of hyper-rational art rhetoric, when ideas can be given a greater value than emotional insights or intuition, I recommend experiencing this space without a specific verbalised input. The very word idea suggests me of something that doesn’t exist, so in this case any contextualisation of the works would give them an unnecessary meaning.

The creative process itself is intuitive, but the final picture is the culmination of a technically methodical and extremely accurate process that begins without a prior understanding of how the work will end.

Realistic, rational shadows on the surface are combined with intuitive shapes, thus creating an interaction between the physical plane of the picture and the shape which is depicted. The works are not representative of anything; they neither refer to particular contexts or themes, nor provide visual material for an external idea or conceptual feeling, but rather disturb the sense of seeing and understanding.

Minimal gestures in the works mislead imagination and leave an open space for the viewer to stay between perception and reality.

***
A graduate from the Department of Sculpture at Vilnius Academy of Arts, Jurgis Tarabilda is the winner of the public award at the Young Painter Prize 2017. This year, Tarabilda’s works were presented in the Art Fair ArtVilnius (2018, 2019) and the Positions Berlin Art Fair (2019). The Non-Existing exhibition is part of the project Art Space for Young Artists successfully implemented by the Gallery. It is an ongoing art project launched in 2011, covering young artists’ exhibition cycles and promoting their initiatives and continuity of artistic ideas.

Gallerys’ sponsor: Vilnius City Municipality
The project is financed by the Lithuanian Council for Culture