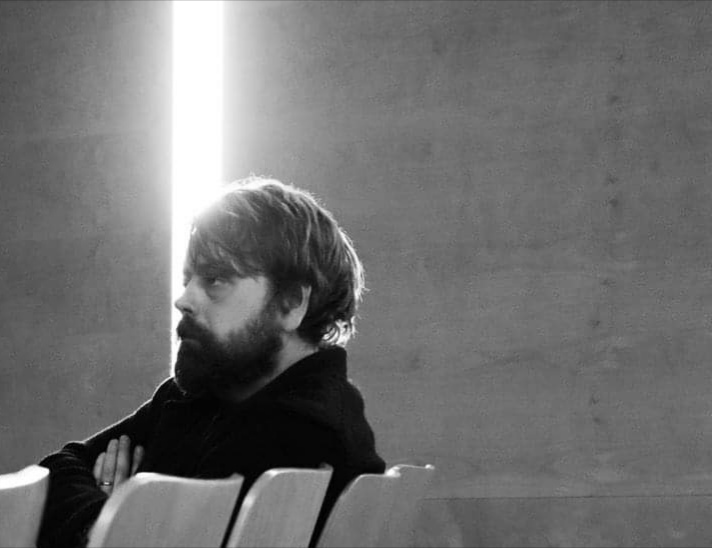 Gustas Jagminas (b. 1979) is a graduate from the Vilnius Academy of Arts with a degree in painting. Gustas is a skilful colourist, preferring to paint in heightened hues, high contrast, making good use of structure and figurativity. He draws inspiration from nature, his own experiences and close observations. He does not seek cheap commercialism. He knows how to analyse, deconstruct and reconstruct nature. Critics prise Gustas’ oeuvre for purity and his masterly use of colour.

In his works, Gustas delves into the nature of painting itself, deconstructing natural landscapes into abstractions of colour, yet leaving them patently recognisable. Although the titles of his paintings may sound somewhat decadent, with a hint of Romanticism, they are highly relevant in subject matter and can be quite ironic. Gustas Jagminas’ works have been presented in art fairs ArtVilnius’17, Positions Berlin 2017 and 2019, YIA Paris #11 (2017).

Gustas Jagminas is a notable presence in Lithuanian art, organising solo exhibitions and taking part in group shows. He has been working with the Vilnius-based gallery Meno Niša since 2016 and has presented two solo exhibitions, “Landscape with a Galosh. Paintings” (2016) and “The Deluge. Stańsię!” (2017).

Painting can be (and often is) one of the ways for the artist to identify himself with nature, vanishing, flood, apocalypse, agony, eternity, sacrifice, travelling, poetry, heroism, fear, and other similar conditions or situations. Painting then assumes the task that can no longer be regarded as a concrete visual reconstruction of reality but is in one way or another related to the inner feelings of the author himself, the spiritual traces of his artistic and life experience. It then transforms into a fantasy, a vision, a sensation, an area of inner vision, a pictorial visualisation of a dream or just an idea. The most important thing is that it necessarily creates a layer of existence that is inseparable from a secret, a riddle or a vision, and imparts the qualities of “reality that has never existed before”, of discovery, to the image.

Where his early works, created right after the graduation, featured strong attachment to the visual parameters of location and time, later paintings of Gustas Jagminas already reveal the poetic and existential nature of the author who, by the way, is pretty good with writing. His recent works are probably the pictorial depiction of his spiritual visions or of the ideas that awakened them. Sometimes they send us a sensation of genuinely human existence: the small figures painted in empty spaces seem to be in search of “lost time” and place. Barely marked, they are like souls lost in the brume, with no direction, and doomed to wandering. The fate of the unnecessary man, the “outsider” (if we rely upon Albert Camus) is rotating around randomness and regularity, and there is no ultimate meaning in the world. What then has meaning and value? These are our own choices [and those of the artist) and the opportunity to choose. The existential dimension in Gustas’ paintings is even more enhanced by the colours of the paintings, tangles of brushstrokes, or textural mirages sliding over the canvas. The pictorial existence of Gustas Jagminas is implicative of the mentioned opportunity to choose: he depicts human figures in “cosmic” landscapes producing a sign of survival: the wandering souls cast shadows (which means the light of hope?); a lighter coloured buoy is left between the dark horizontal “night” streaks. This is a territory where his pictorial vision seems to attach to the anchor of life and hence does not head towards total destruction. When writing that “the consciousness of a vulnerable, unsafe and emotionally unstable person frequently evokes the dizziness of disaster” in one of the annotations of his solo exhibitions, the painter probably had in stock the chance for liberation from it, too.

Otherwise, how to return to lost time?