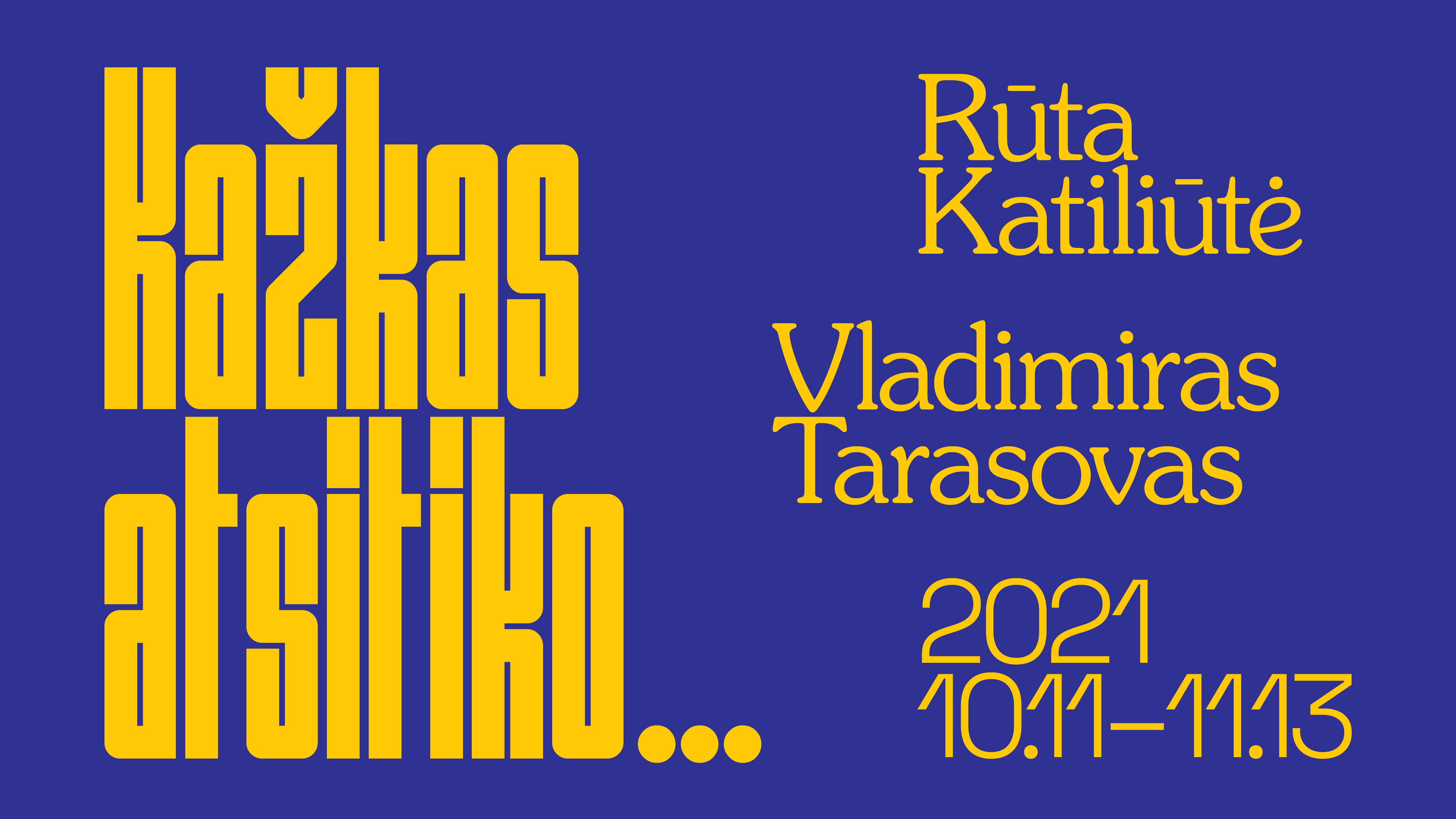 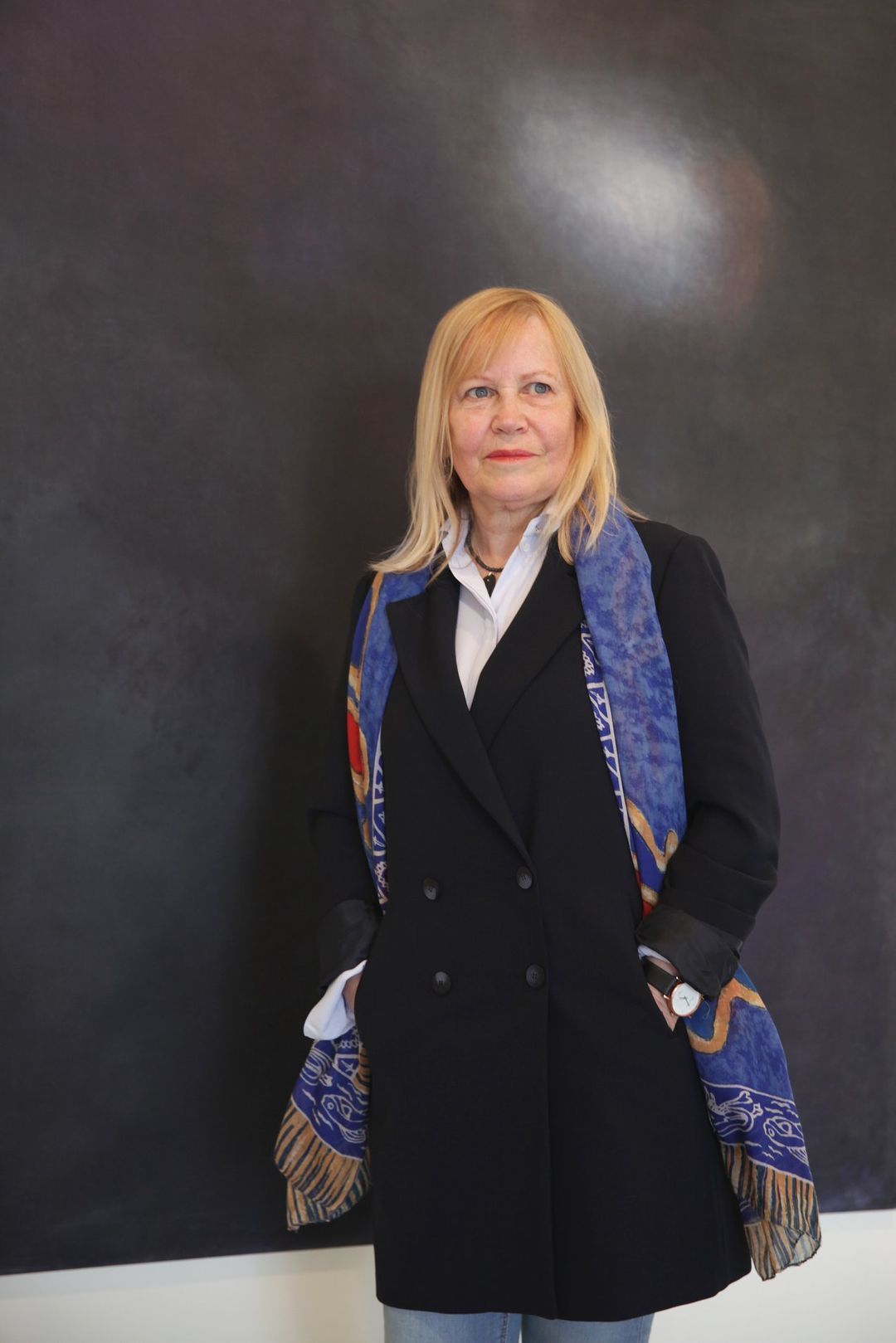 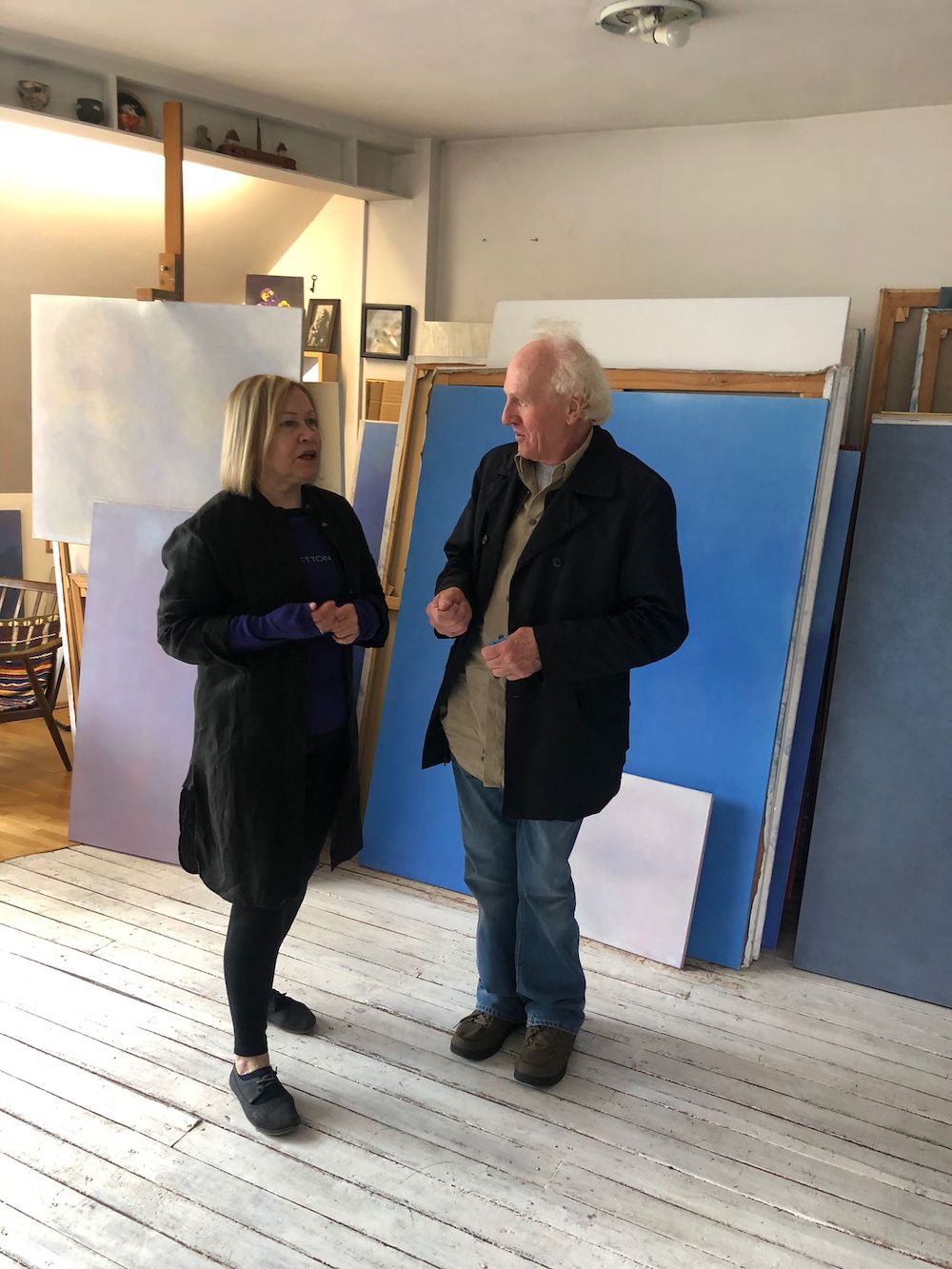 From October 11 gallery Meno Niša invites to the curated painting, video, and sound  exhibition Something Happened… by the winners of the National Art Prize Rūta Katiliūtė and Vladimir Tarasov.

It is an abstract video and audio exhibition of two creators who are minimalists in their forms of expression, but maximalists in terms of result and process. Both artists are of the same generation, both were awarded the National Culture and Art Prize in the same year. A musician and a painter. Both image creators live at the same time but had never created together. Both meet at the Meno Niša Gallery.

After many years of observing and analyzing the works of both creators – Rūta Katiliūtė and Vladimir Tarasov, art critic Sonata Baliuckaitė, who previously curated personal exhibitions of both artists, noticed the communion of these creators and invited them to create a joint project.

“Both image creators live at the same time, but never created together. R. Katiliūtė, in general, is a creator individualist, so an exhibition with a musician or another artist is a rare exception in her creative biography. Meanwhile, V. Tarasov is a musician who feels both a listener and a colleague playing nearby, therefore he is good at predicting the viewer and creating an effect. Light and nature are important to both of them,” said the curator of the exhibition S. Baliuckaitė.

Something Happened… is part of the title of V. Tarasov’s work Something Happened at Sea. Something constantly happens in the sea, in the sky, in man, a happening is also a meeting of these two artists in a joint exhibition. It is a meditative and at the same time very dynamic exhibition of paintings, videos, and sound, in which there is as much peace as inside the viewer.

Rūta Katiliūtė is a winner of the National Culture and Art Prize, awarded in 2016 for the richness of abstract painting. The artist has created a unique and distinctive style of abstract painting, which has gained recognition in the Lithuanian and European context. Her style is recognizable, individual, and distinctive. The artist captures space in her abstractions, she is a great colorist who extremely sensitively brings us closer to color. The artist has organized as many as five personal exhibitions of her latest works over the past five years, and her recent works have been presented by gallery Meno Niša, with which the artist has worked for more than a decade, presenting at international art fairs in Germany, Belgium, Lithuania, and Austria.

Vladimir Tarasov is a world-renowned drummer, percussionist, composer, and visual artist. The musician, along with fellow jazz composers Vladimir Chekasin and Vyacheslav Ganelin, was also awarded the National Culture and Art Prize in 2016. V. Tarasov is a romantic creator for whom nature is the main inspiration, as well as music, and more precisely jazz. The latest video installations of V. Tarasov could be seen at the international contemporary art fair ArtVilnius, and both early and latest audio and video paintings of V. Tarasov were presented at the exhibition KUMU in Tallinn in 2018. Last year, the Museum of the Radvilas Palace presented an impressive art collection donated by Vladimir Tarasov to the Lithuanian National Museum of Art.

The project of the exhibition is financed by the Council for Culture
The gallery is sponsored by Vilnius City Municipality.