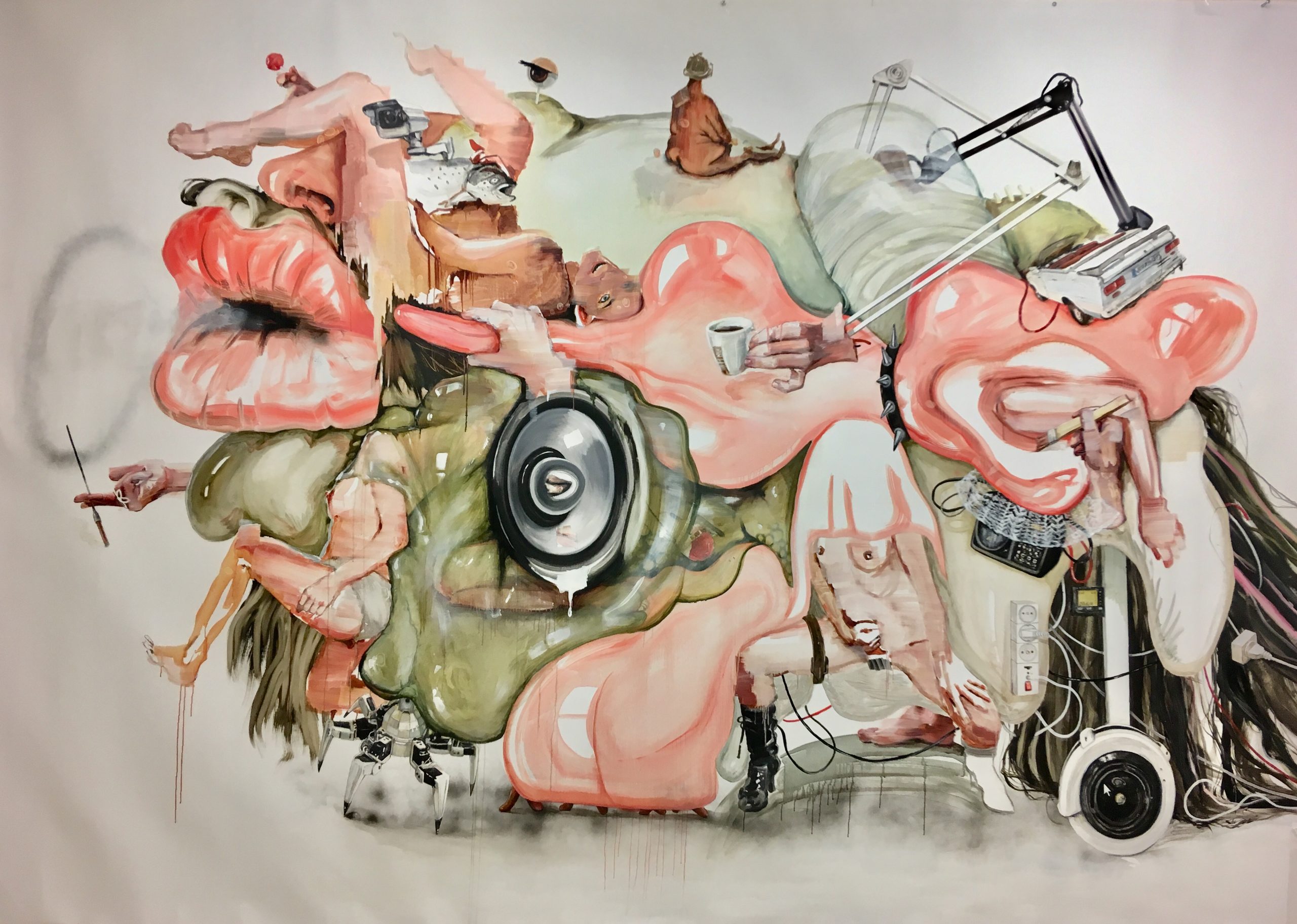 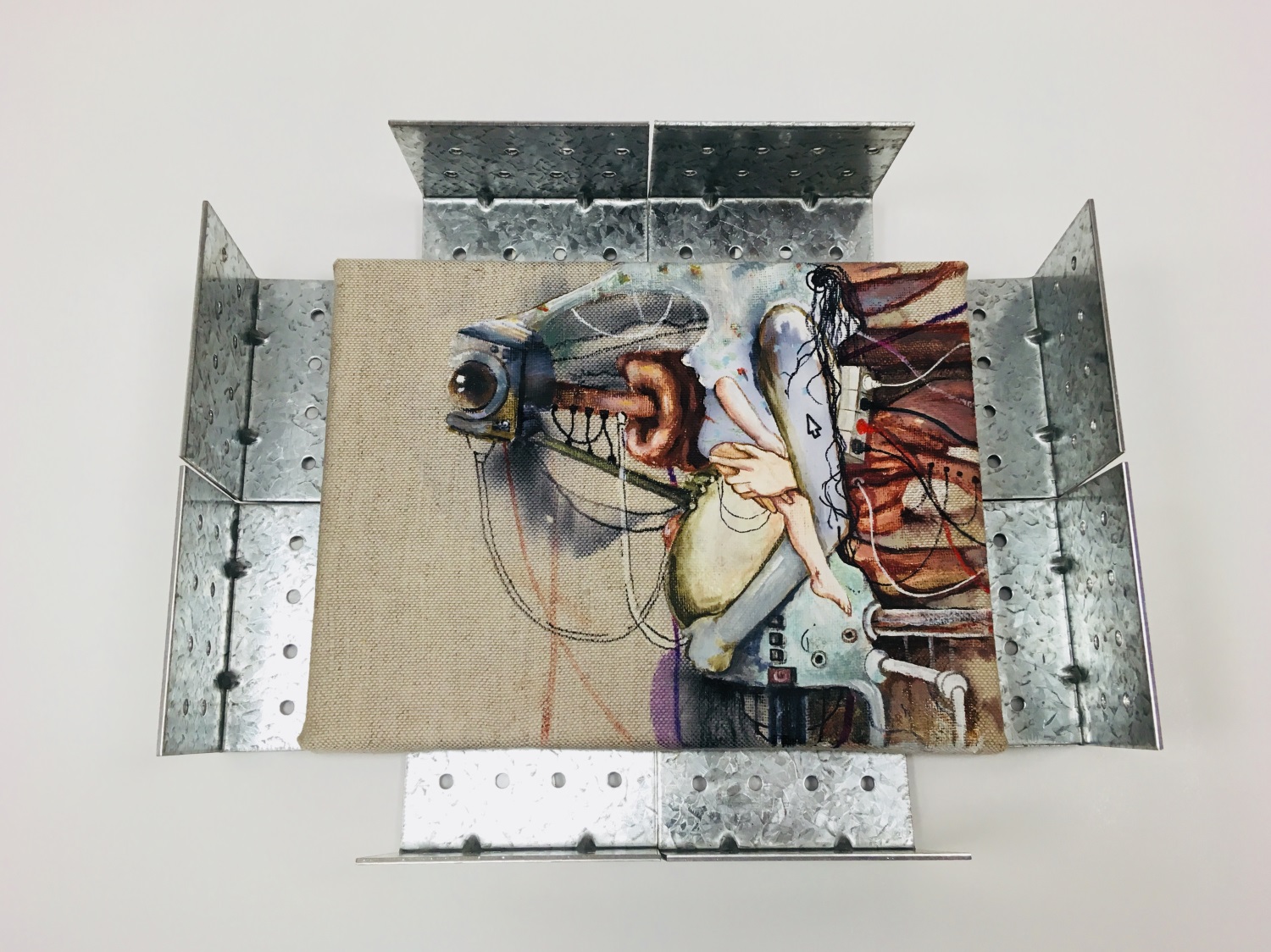 Monika Furmana. EAT MYSELF, DRINK MYSELF

Gallery Meno Niša is launching the exhibition Eat Myself, Drink Myself by Monika Furmana.

The fundamental theme of Furmana’s work is the woman and her body. The artist courageously and provocatively deconstructs the woman’s body, changing her identity. She is attracted to blurring boundaries and contrasts that shock but at the same time arouse.

The relationship between object and body is important in Furmana’s painting, both the life hiding in the object, and the body’s objectification. She postulates that these two layers have slowly begun to unite into a cyborg: the woman-machine, the woman and her body penetrated by history that accumulates like a burden, that grows and feeds her body, that becomes something unavoidable.

The deconstructed representation of the body in the artist’s paintings opens a deeper layer of the work in which contrasting realities struggle, giving rise to provocative questions.

Monika Furmana’s name become widely known in 2008 when she began to actively take part in group shows. She received her BA in painting that same year from the Vilnius Art Academy. In 2010, she received her MA, and her doctorate in art in 2016 from the same institution. She has had fourteen solo shows, and her work has been collected by people from Lithuania, Belgium, Finland, and the United States, as well as by the Lewben Art Foundation and the MO Museum.

This show’s title comes from an eponymous poem by Lina Buividavičiūtė (Translation by Rimas Uzgiris):

Eat Myself, Drink Myself

It’s so sweet not to be live,
to find your personal collection
in the museum of the world’s
punishments. You are
the largest of its expositions:
Masoche. You like that, and
it’s terrifying, this inclination
to religiosity is so terrifying –
to starve oneself into ecstasy,
to strip oneself down to negative
electrical charge, to receive
cold acupuncture to the muscle
of the heart, to accept the Host
made of your body’s own meat,
to be your own vampire, sucking
your salivating lips, biting into
the arteries of aspiration – Lamb,
Lamb, Lamb, the altar
is damp from the saliva of Your
dreams, the retable rustles
from the shivers that surveil You.
It’s so sweet not to be
live, feasting on yourself,
and it’s even sweeter
to know that I won’t wait
with a lantern for You, my love,
because I’m my own fiancée,
because I never had enough of the petite sweet mort,
because I’m fed up with this quotidian
Russian roulette – I’ll choose for myself –
three in the morning –
no more overtime –
having emptied the dishes of blood –
having emptied the dishes of time –
having emptied the dishes of obsession –
I can exit Your cave of shadows.