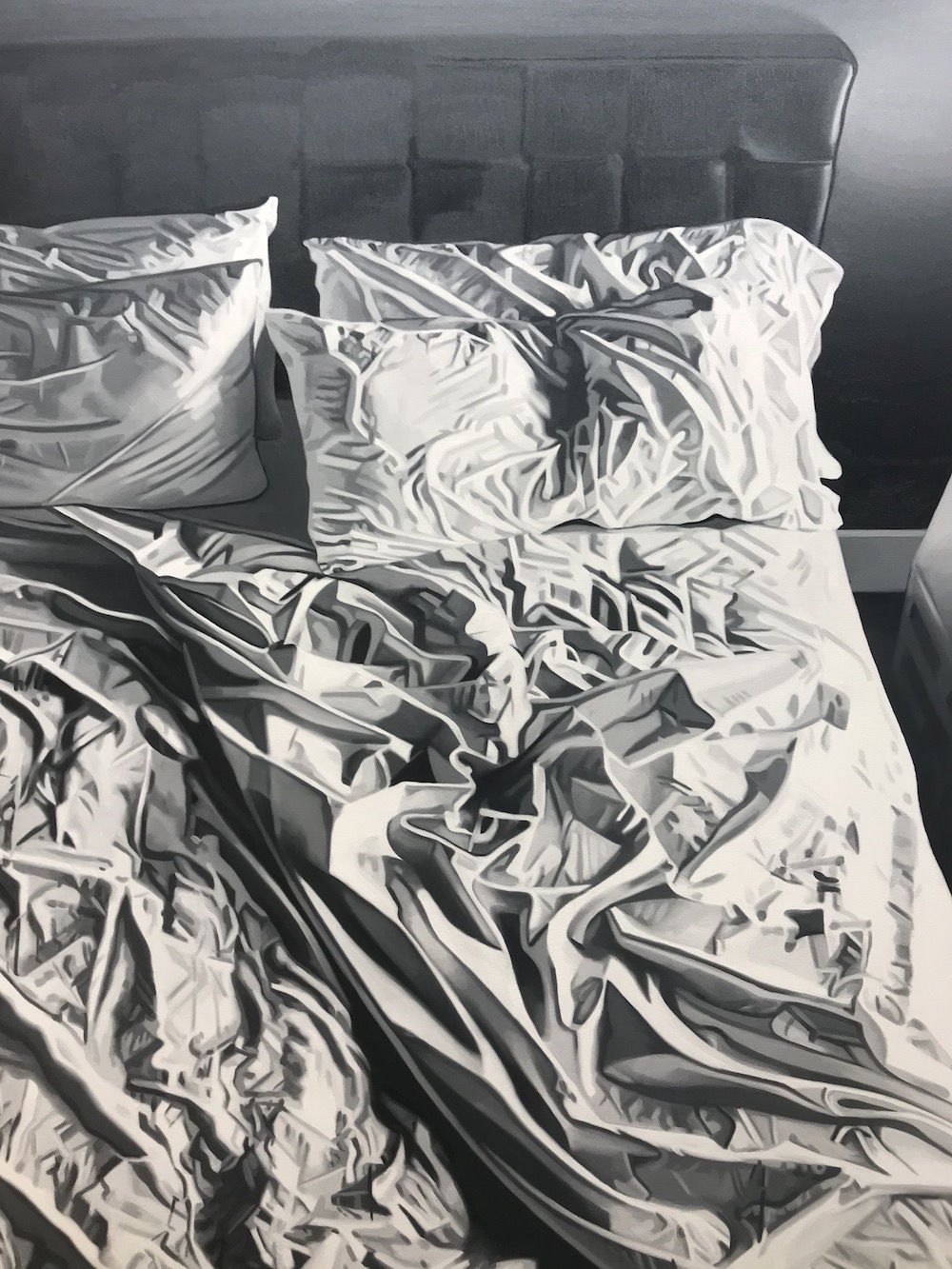 From November 6, gallery Meno Niša invites everyone to “Realistic target situation”, a solo exhibition of one of the most prominent Estonian artists Maarit Murka. Famous for her photorealistic paintings, the artist will once again blur the boundaries between reality and its representation in the exhibition where visitors will be met by the models of her works – empty spaces, animals, and their states and conditions.

Maarit Murka, a representative of the young generation of Estonian artists, has held 30 solo exhibitions and participated in more than 50 group exhibitions both in Estonia and abroad. Her works have been acquired by the private and public local and international collections.

Maarit Murka is a painter who is constantly expanding and supplementing the boundaries of this media, both in terms of materials and atmosphere: with objects, sounds and smells. Her photorealistic or hyperrealistic paintings can be read as photography due to the mastery of technique, black and white colours, and cinematic framing. Cinema is an important theme for the artist: having graduated from the Estonian and Academy of Arts and Helsinki’s Academy of Fine Arts, Maarit Murka continues with her second master’s degree at the Baltic Film and Media School.

In her exhibition “Realistic target situation”, Maarit Murka will present an installation of paintings where the works of art will become targets. Using a sophisticated, multi-layered plexiglass painting technique, the artist creates an optical illusion in her paintings (which can be called objects) that will disturb and not immediately reveal the content of the work to the viewer.

Maarit Murka’s exhibition will also be relevant in terms of its theme, as many will discern the realities of today’s life where humans as part of group co-existence individuals are expected to stay in solitude. However, when describing the concept of the exhibition, its curator Sonata Baliuckaitė notes that the artist here is talking more of states and conditions in the context of the relationship between art and everyday life processes in people with mental or intellectual disabilities which has been actively analysed recently. The exhibition has been created with artists concern of mental health of participants in art scene in general.

“As in her previous works where she is often a model herself, Maarit Murka does not escape self- analysis here. During this period, her creative work serves as a kind of escape from fear. Waiting for her third baby’s arrival, the artist is now facing a fear of childbirth in the current environment of pandemic, where people are afraid even of their loved ones and where there is a constant tension in interpersonal relationships preventing people from developing, growing and taking risks. And a new woman is waiting for the world to experience. As for the artist, she is looking forward to a very personal event (childbirth) and another one which is very public (exhibition opening, presentation to the public)”, says Sonata Baliuckaitė, adding that Maarit Murka’s works play very delicately with our eyes. Looking at them, one needs to choose certain perspectives to discover the characters hidden between the layers.

Yet, this time the model in the works of “Realistic target situation” is not the artist herself, but animals, beasts and their states/conditions that will meet the audience. Maarit Murka will be an observer, participating in the exhibition virtually and facing audience’s reactions through the screen.

The exhibition project is funded by the Lithuanian Council for Culture
The gallery is sponsored by the Vilnius City Municipality
Exhibition sponsor – Kräftwärk, KLG Eesti AS

In collaboration with art platform ArtLand, we are inviting you to enjoy a small 3D tour of Maarit Murka exhibition Realistic situation target.

The full 3D version of the tour with navigation can be found here.