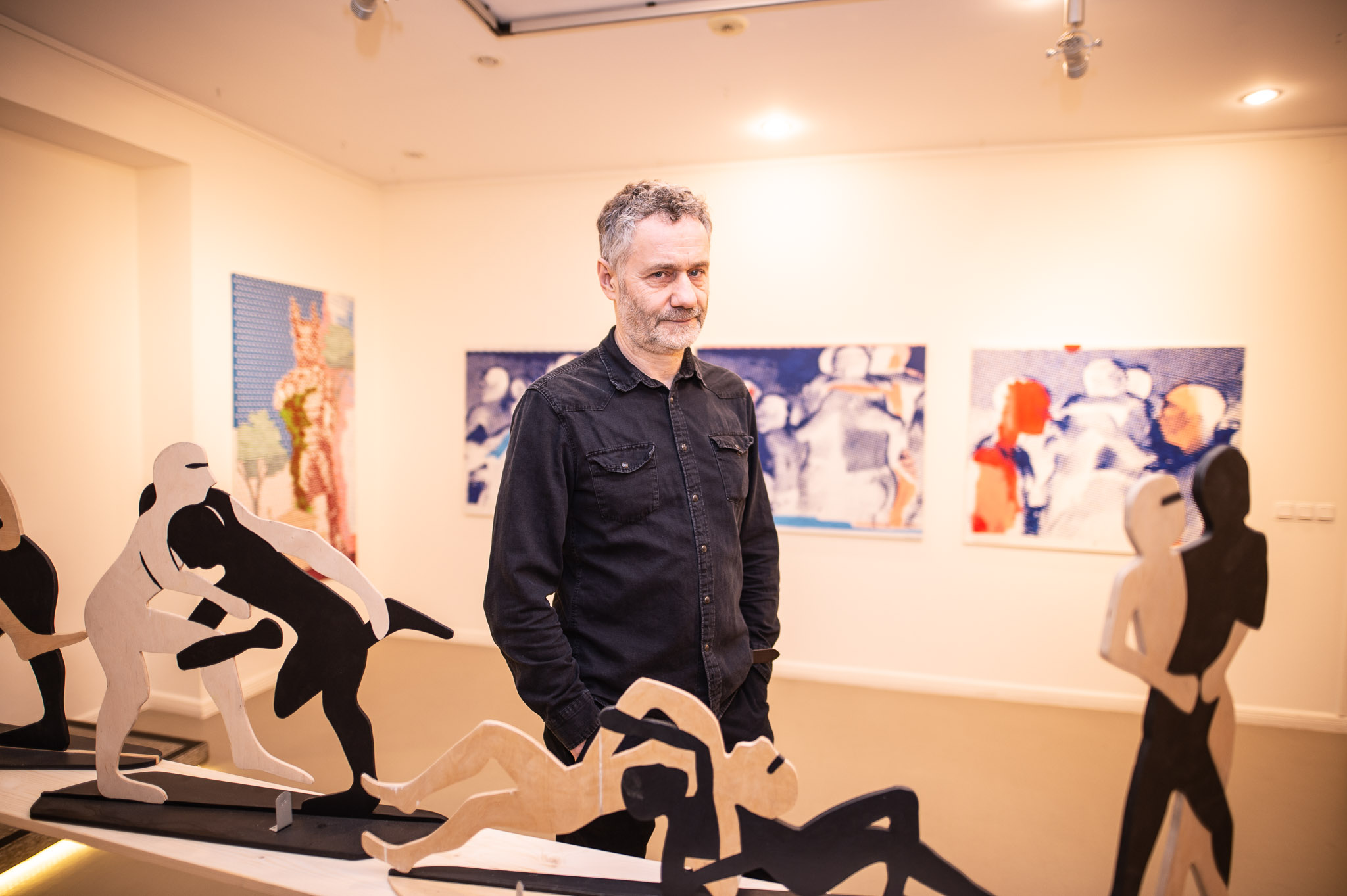 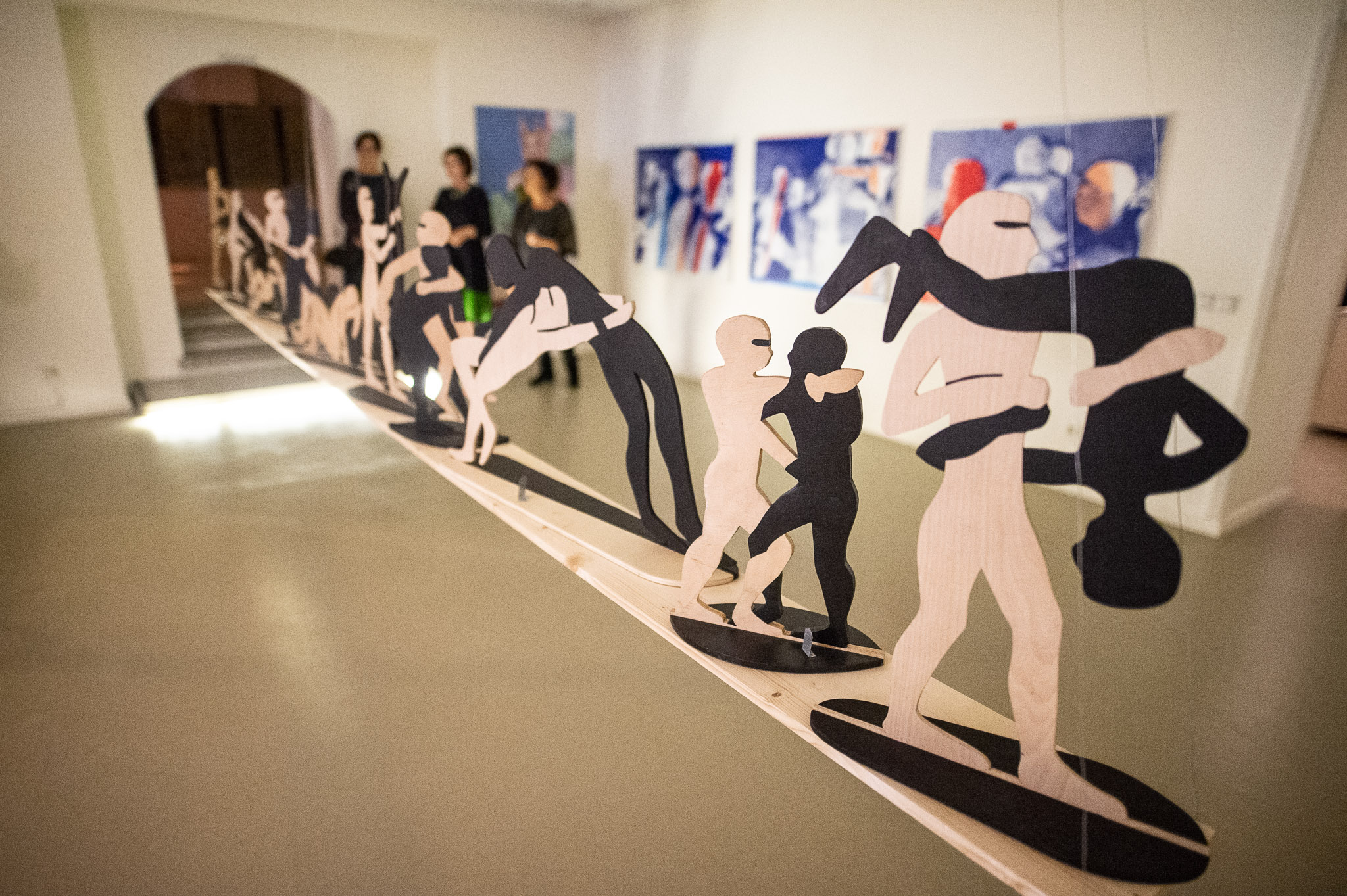 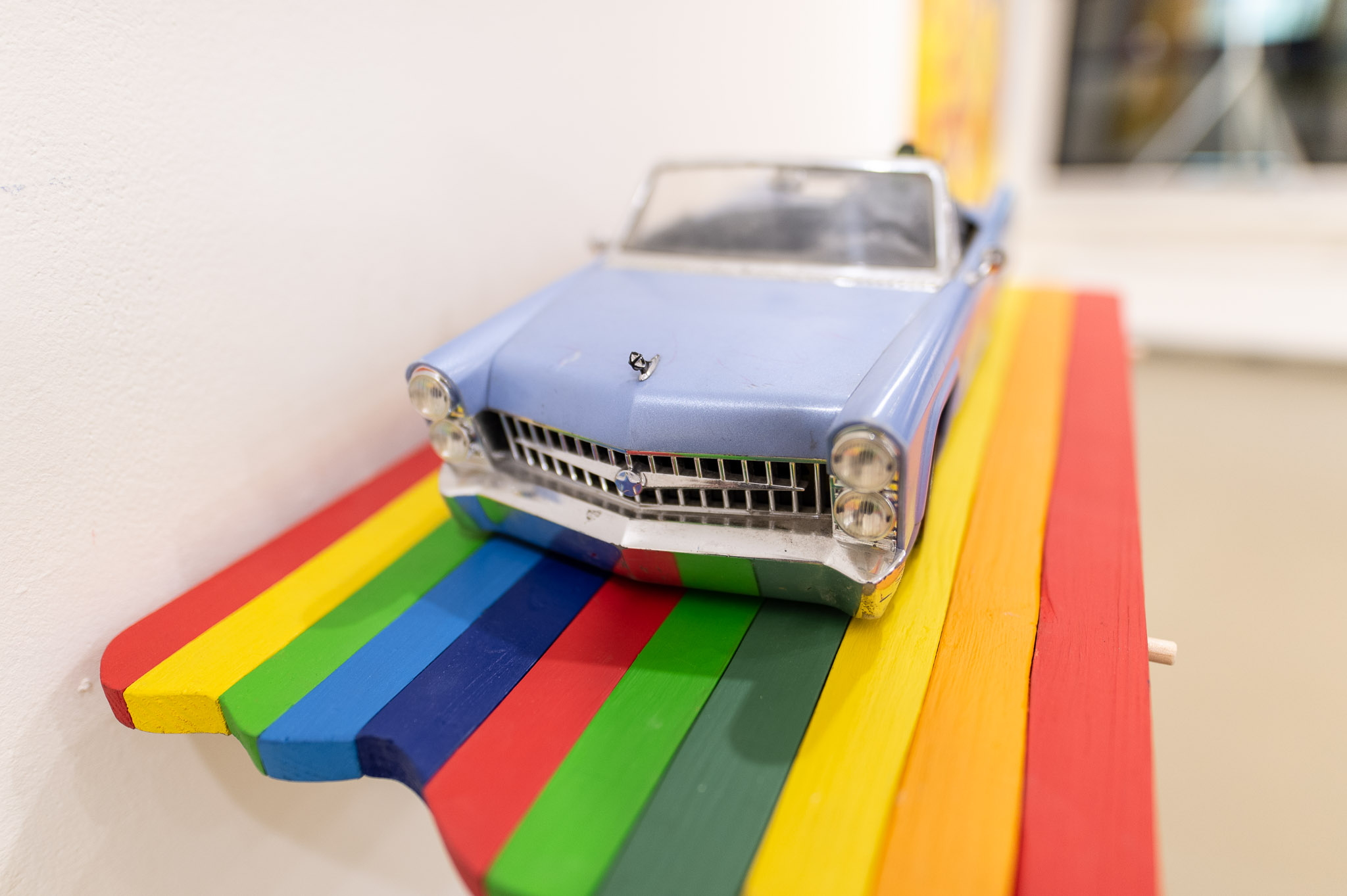 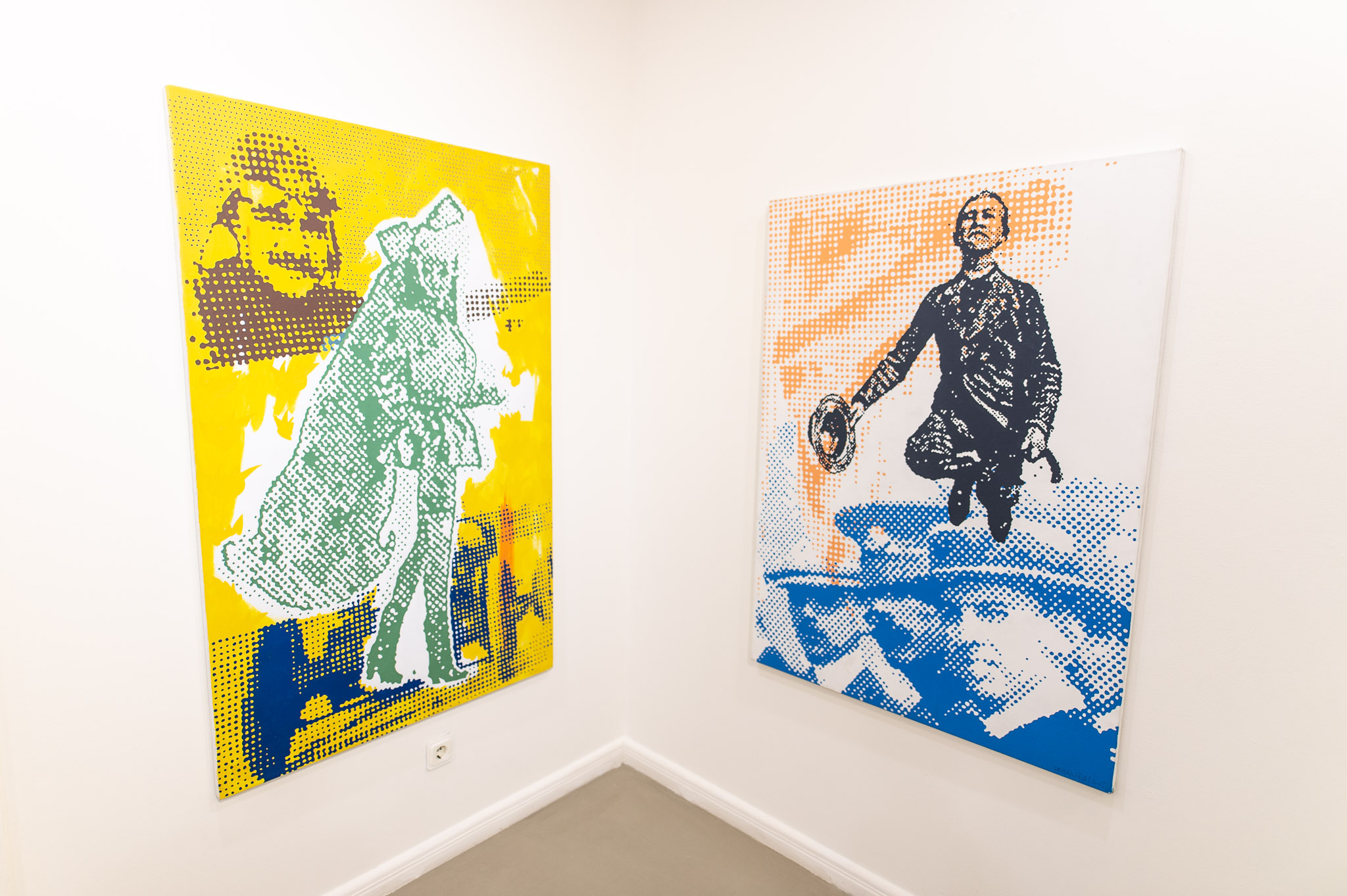 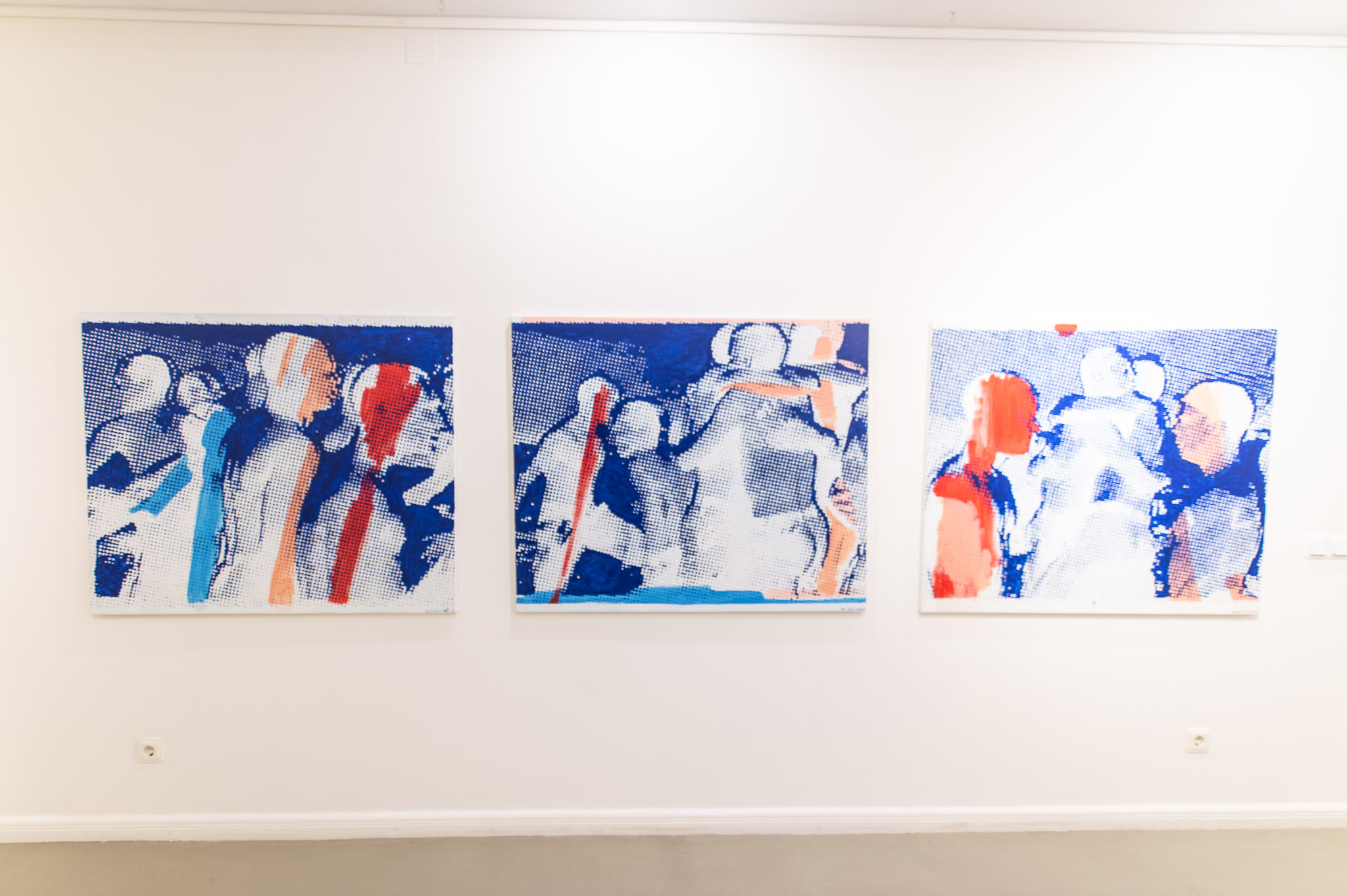 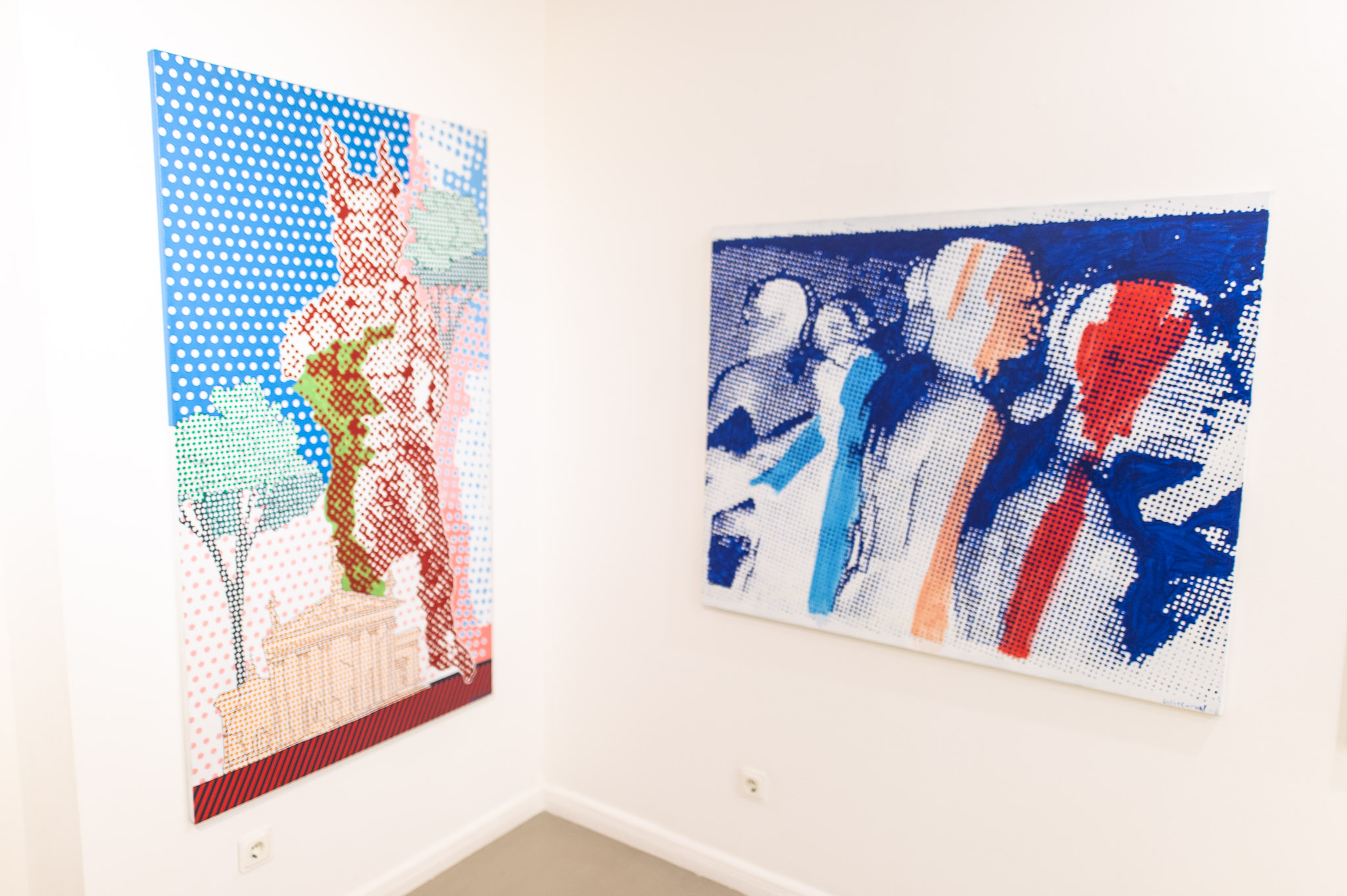 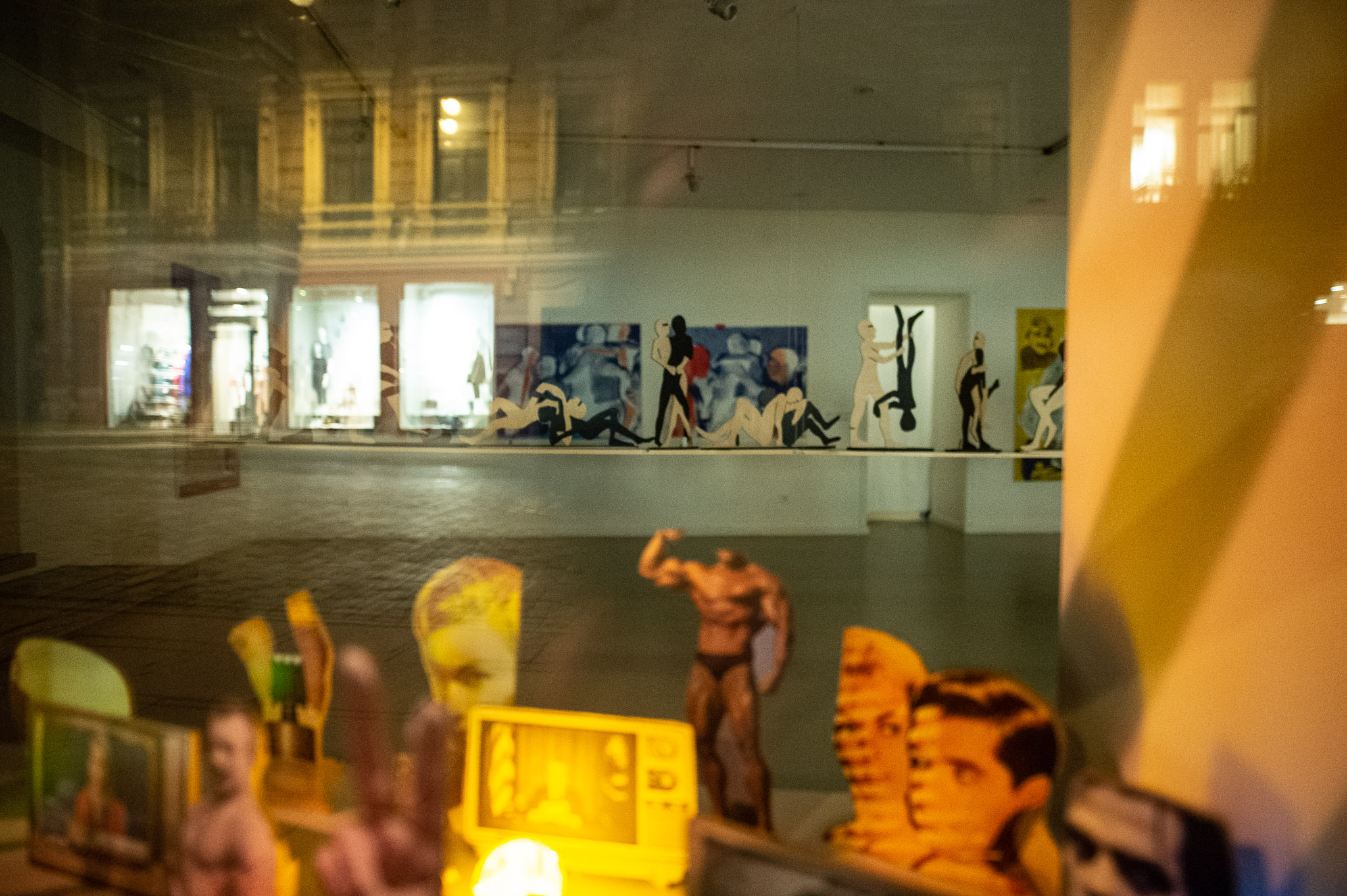 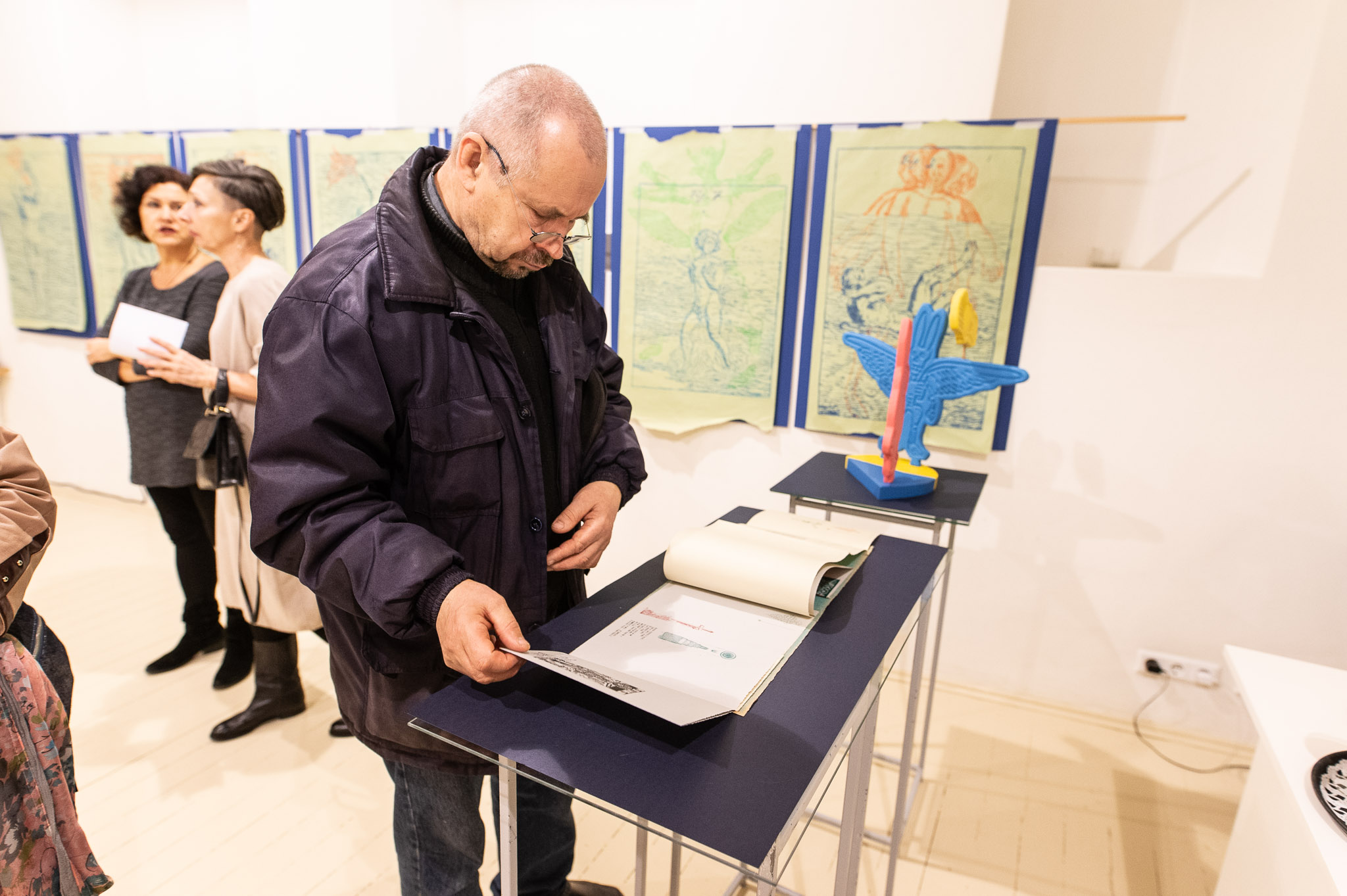 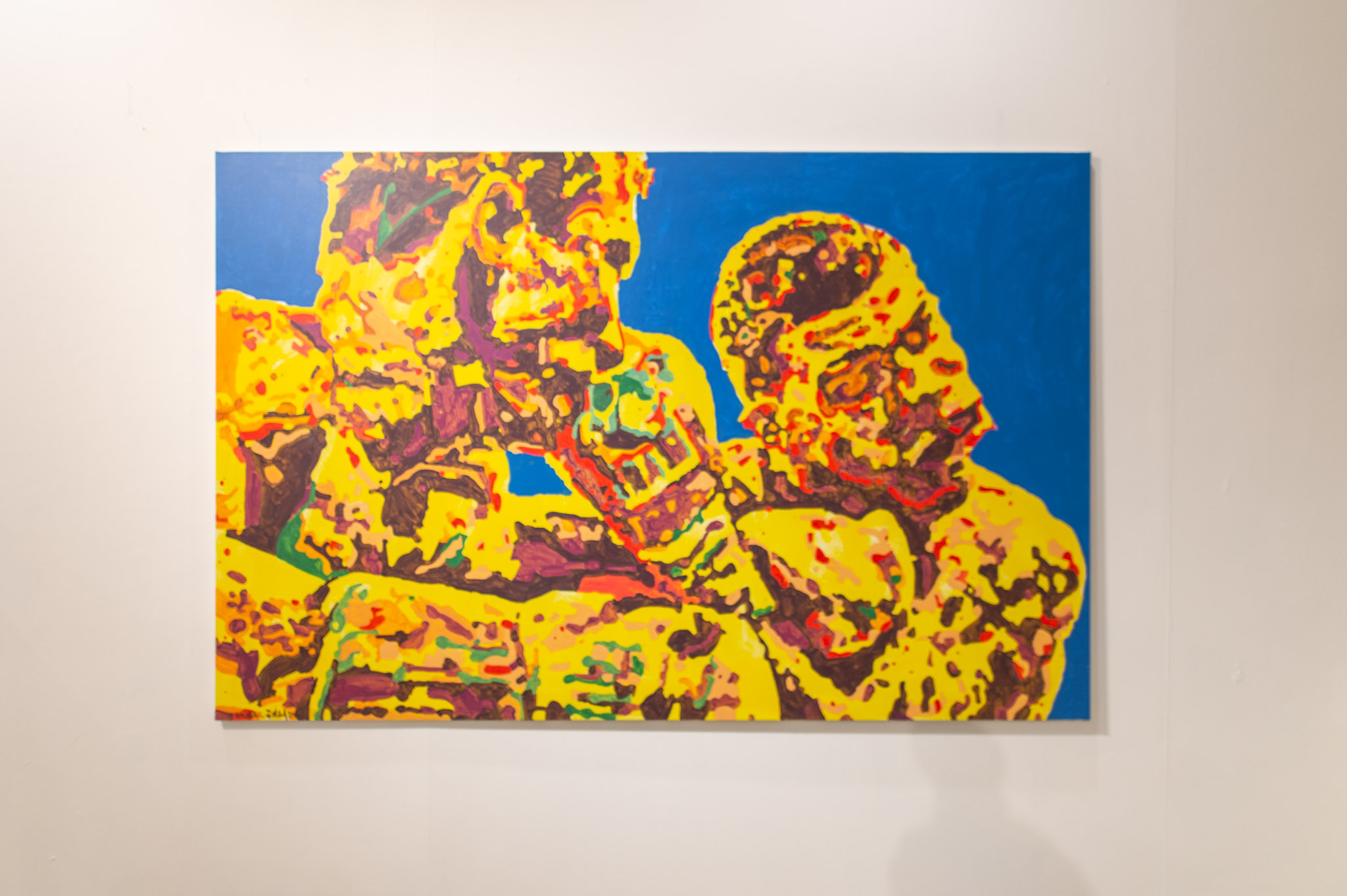 Meno Niša is presenting the exhibition “Men’s World or Moonlight Conversations” by graphic artist and painter Kęstutis Grigaliūnas, winner of the National Prize for Culture and Art.

The opening is on 12 November, at 6 p.m.
The exhibition is open from 12 November to 6 December.

This is the first exhibition of the famous artist held at the Meno Niša gallery. An installation cycle exploring the phenomenon of war, the Men’s World or Moonlight Conversations, combines painting, drawings, objects, and photography. Kęstutis Grigaliūnas tells a story that can be read endlessly from different angles. This is the story of wars that never end. The phenomenon occurs not only on the battlefield, but also in the media, art, family, advertising, online communities, education, gender-building processes, and so on.

In her book The Male Body (1999), American philosopher and culturologist Susan Bordo writes that women tend to become masculine and men – super-masculine. Sociologist Artūras Tereškinas echoes to her and adds that “armour constitutes one of the most important attributes of a modern man.”

“Looking through the prism of irony, I am interested in the conflicts of modern society in the Men’s World cycle and spontaneously raise the questions: Must anger be suppressed? Is war a “men’s affair”? How to survive the “effects of masculinity” on our bodies? Does a contemporary artist, a post-human, a subject of hybrid becoming, (non-)conflictingly combine natural and cultural phenomena in his/her creative work using human and technological tools?”, says Kęstutis Grigaliūnas.

According to the artist, his works are open; they provide no answers, but invite the viewer to become a co-author in the search for answers. The artist paradoxically combines images with a certain emotional charge, provokes different viewpoints, seeks to blur the boundaries between reality and fiction, and seeks to engage the viewer in the illusion he creates.

Kęstutis Grigaliūnas, professor at the Vilnius Academy of Arts, has held more than 50 solo exhibitions and actively participated in group exhibitions. His works have been acquired not only by major Lithuanian museums (MO Museum, the National Museum of Lithuanian in Vilnius, the Lewben Art Foundation, etc.), but also by the Museum of Modern Art in New York, Tate Modern [Archive] in London, and others. In 2011, Kęstutis Grigaliūnas was awarded the most prestigious Lithuanian art award – the National Prize for Culture and Art for historical time stamps in contemporary art. The artist has been even twice awarded prestigious grants of the New York-based Pollock-Krasner Foundation.

Meno Niša is sponsored by the Vilnius City Municipality. The project is funded by the Lithuanian Council for Culture.