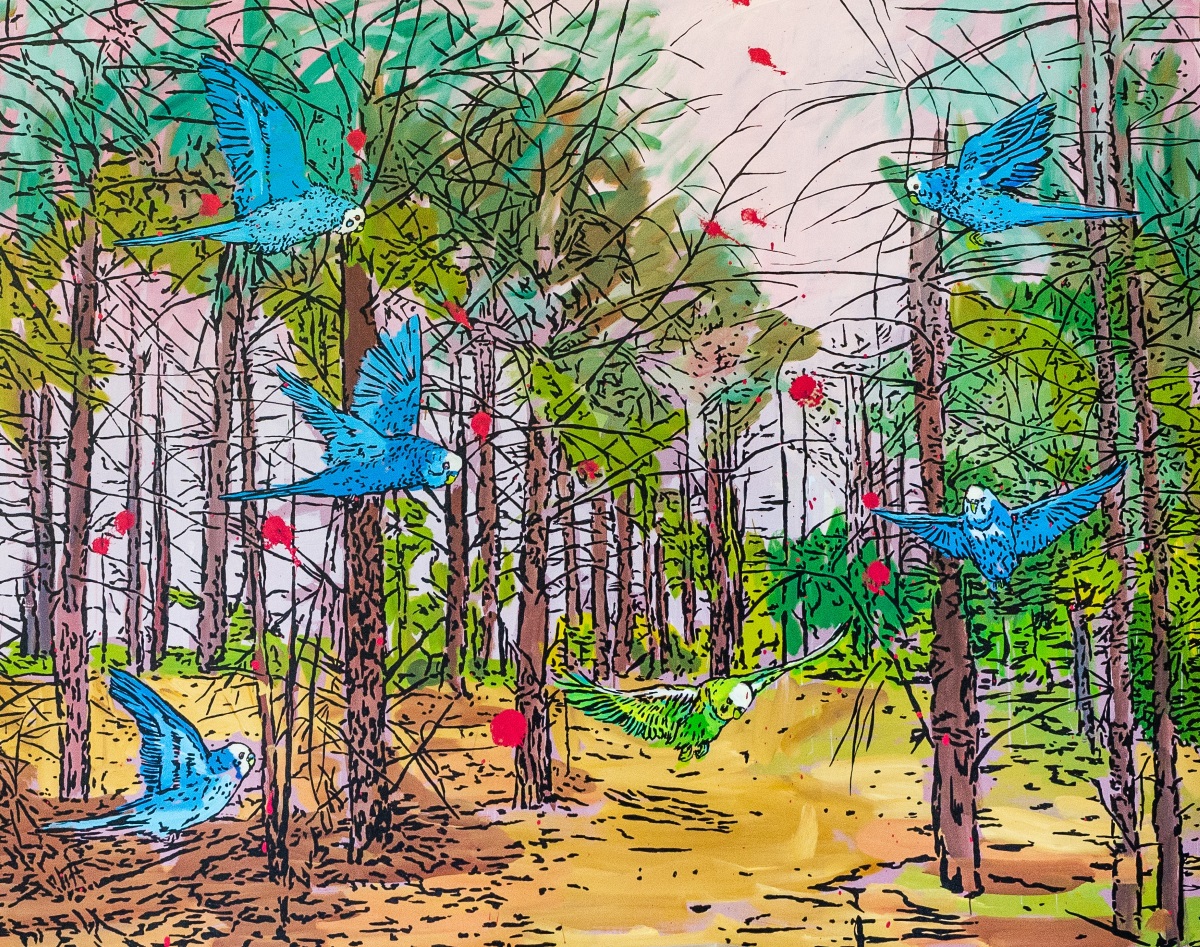 The artist Jolanta Kyzikaitė, who successfully defended her PhD thesis at Vilnius Academy of Arts (VDA) this summer, is opening a new exhibition Endless at VDA’s exhibition hall Titanikas on October 30, at 6 PM. This time, the exhibition consists of two parts, the second of which will welcome visitors at the gallery Meno Niša on October 31.

Kyziskaitė prefers to paint in cycles on various themes. Over the last couple of years, she has been interested in games and depictions of play in painting. The artist says that her project Playing Painting ended last June when she graduated from a PhD programme, but the game did not, it goes on, endless…

“I play at painting without any pre-set goal. I was a princess in the manor house of Trakų Vokė; what else am I, I do not know… Perhaps a passenger onboard the Titanic and you are my fellow travellers? And it’s also a manor – a palace on water, only they’re going to drown, but shush, no one must know it yet, do they? Who would board a ship if they knew the end? I would like to believe that the story will never end, it will reconstruct itself, mutate, a dog will grow wings, parrots will fly over the forests of Lithuania – though better not, they’re a foreign species, must be exterminated,” Kyzikaitė shares thoughts about her exhibition.

The artist says she is building a conditional world of artifice with her painting, but this world does not erode the real one, only absorbs its images. Kyzikaitė’s game creates magic, objects, images become real, be they a unicorn or a cow, they are reanimated. Even though everyone know it’s not real and the painted image is but a reflection.

“I play games by replaying situations, I often overindulge in the painting game, it turns into a plain decor, a pretty piece of tapestry. I do not know whether it’s good or bad, it’s just… Like a costume that is a decoration for the evening. So I will, too, put on a fancy dress. I will go to the show, because it’s time to show,” says Kyzikaitė.

The artist entered the art scene in 2003 and, since then, her works have been exhibited in eight personal shows and over 60 group exhibitions in Lithuania and abroad. In 2010, Jolanta Kyzikaitė won the Young Painter Prize. She has been an active participant of Artist in Residence programmes. Meno Niša, which is celebrating its 16th anniversary this year, has been working with the artist for eight years, during which her works were presented in art fairs in Vilnius, Budapest, Cologne, Moscow, Paris, Brussels and Vienna. Jolanta Kyzikaitė’s works are in the collections of the MO museum, Lewben Art Foundation, Walter Bischoff gallery in Germany and many private collectors.