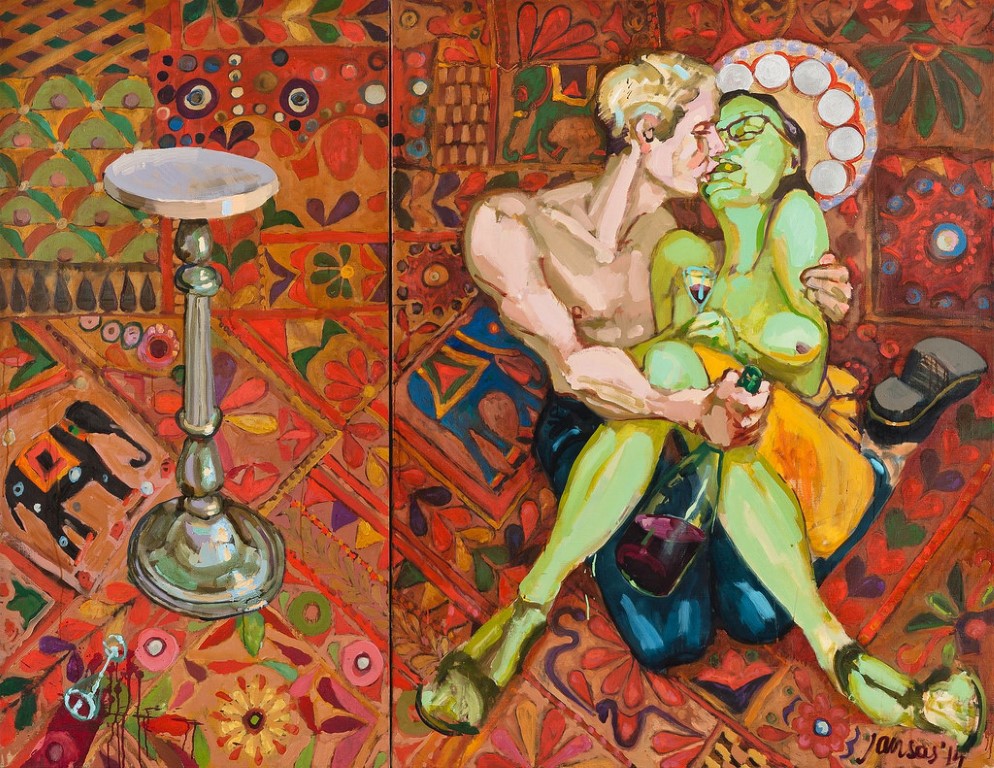 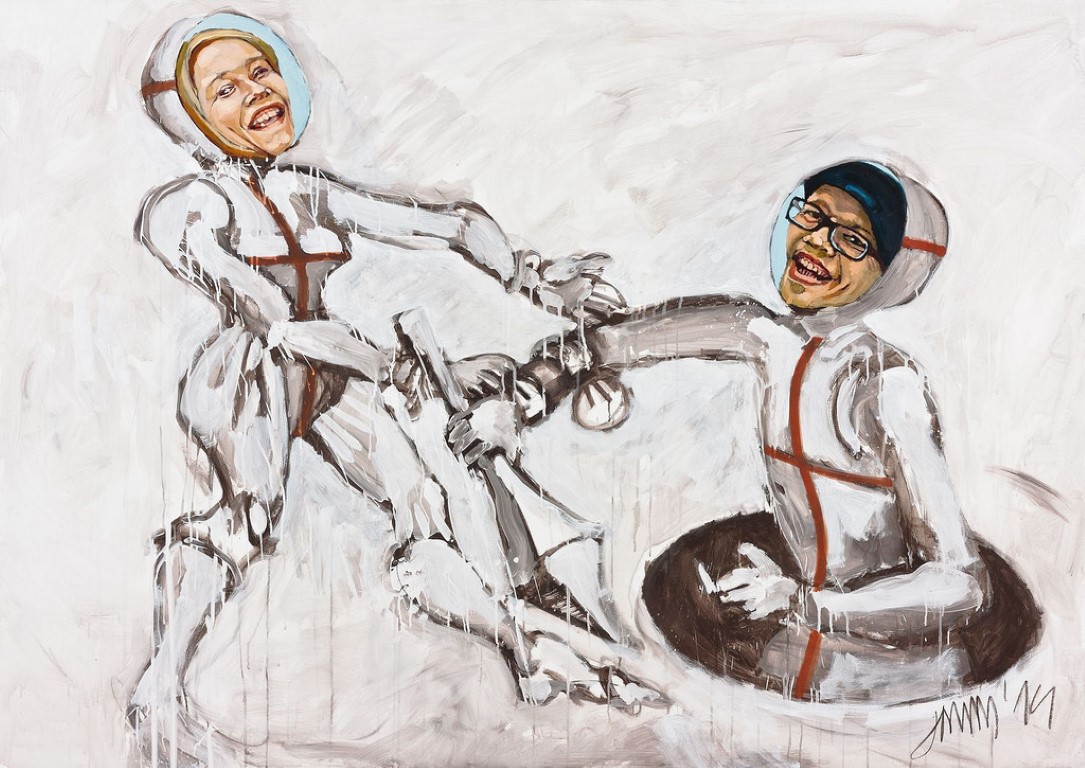 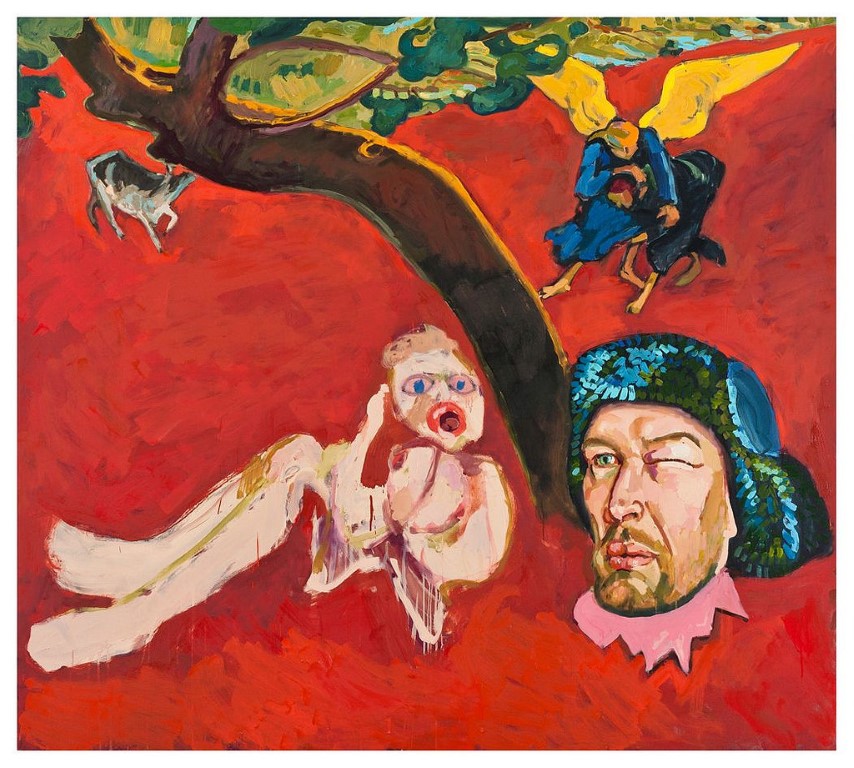 Evaldas Jansas painting exhibition I HAVE A HANGOVER, AND SHE HAS PMS

Evaldas Jansas (born 1969) impressively forayed into the stage of our modern art in the first half of the nineties, as the enfant terrible. He embodied all the formulas of eccentric “post-modernist” genius and concurrently used those clichés masterly, in a “post-modernist” manner, ruining them all together (he let out himself about having attended drama classes). Jansas tried himself in a variety of fields: painting, objects, installations, video graphics, shocking performances and, even, literature (his opus “Ode to Routine” represents a manifest of bohemian street life). However, he came out most impressively as a master of unique performative video art. A camera for Jansas has become a kind of extension of his body, of his seeing and thinking, an intuitive psychosomatic expression or, even, a sort of discharge, when the line between “own-self” and “outer world” disappears. Jansas’ video works (called by Jonas Valatkevičius, a variety of home video) balance somewhere between sarcasm, aggression and nihilism, soaked through with the juice of the social bottom.

Yet, there is a dormant “a virus of painting” or “a gene of painting” which may suddenly and unexpectedly awake and become active after several (or even dozens of) years of latent existence. Students of the Department of Painting of the Vilnius Academy of Arts know what I mean. Even though we consciously hate the “virus”, it nonetheless remains to be the virus capable of neglecting the wishes, sympathies or antipathies of carriers.

A couple of years ago, Jansas, our Baudelaire of video art, suddenly returned back to painting. Many made wry faces, as if they tried something very sour. Some people liked it, while others took it as artist’s self-betrayal. In spite of this, Jansas painted and continues to paint. Of course, it is not Painting in the context of the Lithuanian lyrical, colourist painting tradition; it is a sort of modern folklore, modern mythology, as if narrated by a street merchant and embodied in the “majestic” painting media. Some may think that Jansas is less radical in painting than he is in video art. And, in a way, they are right. However, having paired the archaism of painting art with anecdotal or television-anecdotal level, Jansas keeps on making us pout, as if forcing us to watch a sort of “Cacadu” television programme mocking both the programme “heroes” and us all. Jansas portrays quasi-animated characters in a pseudo-classical manner – mythological characters and specific persons, a horny centaur ready to fuck a rubber doll or Algirdas Brazauskas stomping a clog dance – they all participate in the same carnival (painting?).

For me, personally, Jansas’ painting is disgusting. And that’s why I like it very much.