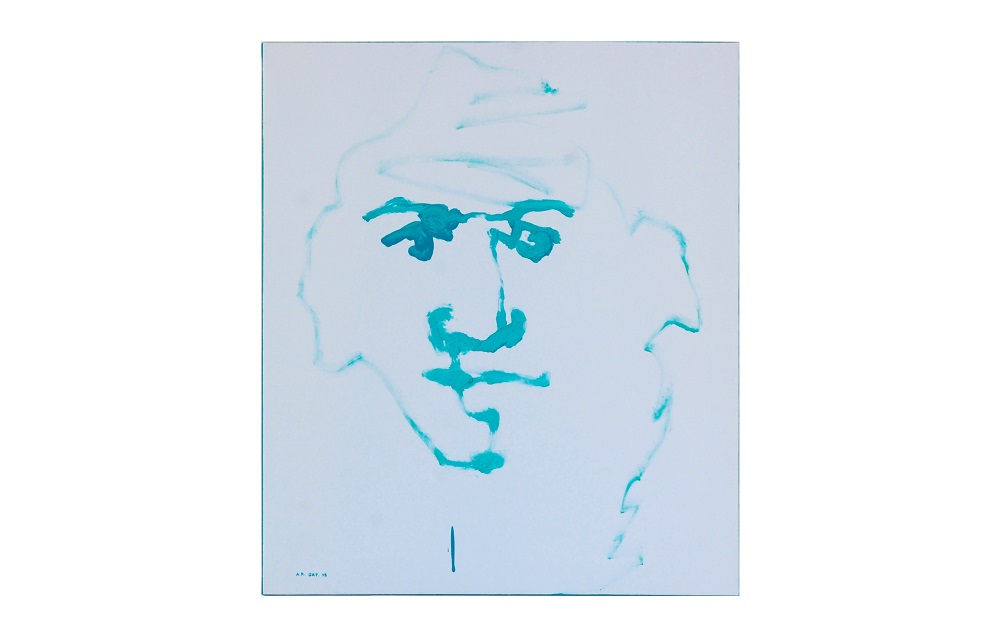 “Self-portraits – homonyms”. An exhibition by Algirdas Gataveckas and Remigijus Gataveckas

The art of Algirdas Gataveckas and Remigijus Gataveckas has “gained” a solid frame in just a few years: they are artists in autobiography, social researchers and, of course, the metres of realistic painting. All of these components are really present in their projects: the brotherhood in a troubled family displayed in the portrait Situacija/Situation (2010), and an influential friendship with orphanage residents in the project Poveikis/The Impact (2012). The frame of interpretation connects and binds together the elements from the artists’ biographies and their art, creating a mixture between “life with art” and “art with life”, as if that was a play or a game. What if we intentionally mix up the rules and say that the Gataveckas brothers are sociometres, biorealists, autopainters, graphic researches, and so on. The components are the same, but one would need to think about the meaning of their connections, as if viewing the tags of graffiti artists[1] (it seems legible, but not really at the same. Maybe it does not mean a thing at all).

The newest project of the Gataveckas “Self-portraits – Homonyms” addresses the audience in the same believable/unbelievable manner (gr. homonymos – of the same name; sounding the same, but having a different meaning). Here they create together, as always. They draw and make portraits. They study, but they do so by having “untied” these actions from their usual, established meanings, and especially from the most predictable results: first of all, from the recognisable (realistic) view, from the painting that represents reality. By interchanging nouns (a painting, a portrait, a drawing) with verbs, the artists analyse them more intensively, as if attempting to identify, refine and exhibit the critical elements of their practice.

It is a paradox, but from the point of view of the contemporary discourse of art, these two shocking, sketchy (self-)portraits might be the most realistic works from the Gataveckas up to date. Why? Firstly, the reality and a realistic painting are not the same thing. They do not match. We experience reality through action, by being surrounded by it, by being effected both by the usual and, at the same time, completely random factors. In contrast, the painting’s realism is predictable, stable (and that is why it is pleasant). The aim of the different (non-painted) realism is a highly important, critical tradition of contemporary art that has been around for a century. “Self-portrayers”, the Gataveckas brothers have used something that surrealists were highly interested in: the technique of automatic drawing. The latter tried to use that for freeing creativity from conventional forms of presentation, believing that only a line or a brush of paint unhindered by professional skills can help reveal person’s subconsciousness, in which the true reality lies. In their opinion, the drawings of amateurs and children are more realistic than the art made in a realistic manner. In the long term, an automatic or random, as well as an everyday movement became relevant to many contemporary artists. Jackson Pollock, Yves Klein, Carolee Schneemann and others have developed painting and drawing with their whole bodies in various ways. Painting or drawing in their art is performative: it connects the body, the movement and the sign that is left (do you remember “graphic researchers”?), and, of course, goes beyond the frame of the painting. That is, it is already happening in real life. The film capturing the process of painting “Self-portraits-homonyms” (a performance, as if a pair dancing[2]) demonstrates that those making the painting/being painted and the process of painting are tightly entangled together in the same time and space. In the project of the twins, the Gataveckas, this effect strengthens the author’s/model’s “homonimity” and the action they are doing together (the painting is done with a brush and a canvas at the same time using their bodies). Flat surfaces shown together with the film are definitely not paintings. Those are footprints teaming with emotions, memories and energies that cannot be shown realistically (especially since it is connected not with a single individual, but with an interaction between two of them). Well, if we began combining words differently, then there is kinetic painting, dance drawing, performative anthropometry…

Of course, the artists themselves tangle, complicate the rules presented to the viewers of the play or the game in “Self-portraits – Homonyms”. It is as if by choosing bright, pure, unrealistic colours for painting and a principle of a series (that is not necessarily long, but one that is possible to continue), they as if encourage remembering not only surrealism, but also pop art that adored life, but doubted its reality, especially numerous (self-)portraits of Andy Warhol and the models that captivated him. And they do so as if painting “warholically”, as if simply having fun.