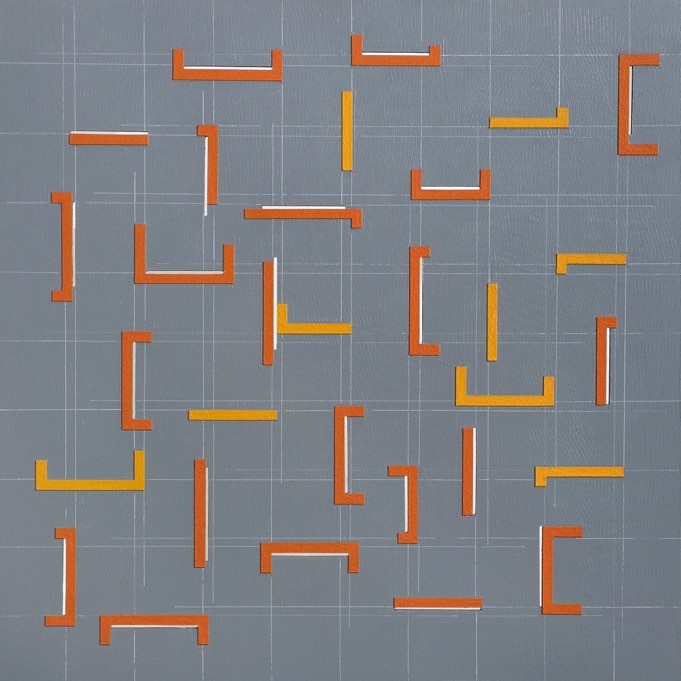 Ákos Matzon and Rimantas Milkintas exhibition “The Way to Omega…”

The Vilnius-based gallery Meno Niša, in cooperation with the Embassy of Hungary in Lithuania, presents “The Way to Omega…”, an exhibition of two artists, the Hungarian painter Ákos Matzon (born in 1945) and the Lithuanian sculptor Rimantas Milkintas (born in 1977), which opens on April 6, at 6 PM.

Matzon is an acclaimed Hungarian artist, architect, and sculptor, a winner of numerous awards, including the prestigious Pollock Krasner grant. Matzon, who enjoys a wide recognition in his home country, is presenting his paintings to the Baltic public for the first time in the joint exhibition with the Lithuanian sculptor Milkintas. Sonata Baliuckaitė, the curator of the show, says that while Matzon, a modernist painter, and Milkintas, an outstanding contemporary sculptor, belong to different generations, they share a constructivist approach to their art.
“Matzon has been trained primarily as an architect and says that his painting conveys a vision that is architectural and sculptural. His work prioritizes not just form, but also strict structures, rhythms, while colours often perform a merely auxiliary function, albeit no less mathematical and meticulously thought-out. Milkintas, too, invokes architecture and architectural structures and externalizes them, presents them as an object. By combining materials of antithetical qualities, highlighting their physical properties, he places them into intriguing situations. In Milkintas’ sculptures, too, colour plays a complementary, though not at all unimportant, role; shades of light natural wood and rusty metals dominate in his works. What makes the two artists comparable, I think, is less about visual links than a similar way of thinking and approaching art, although it was architecture that eventually led to having these two artists share an exhibition,” says Baliuckaitė who invited Matzon and Milkintas to exhibit their works together.

It was Matzon who suggested the title for the exhibition, inspired by the French philosopher Pierre Teilhard de Chardin’s notion of the Omega Point, the highest level of consciousness. For Milkintas, meanwhile, omega means the final limit, the end point, the material that represents the present. “And, constructively speaking, the opposite, alpha, must refer to something that happened in Myron’s times,” says Milkintas.

“The Way to Omega…” will feature two- and three-dimensional paintings by Matzon and large-scale pieces created by Milkintas specifically for the exhibition. The show will run until April 25.

The opening, starting at 6 PM on April 6, will be attended by H.E. Mr. Zoltan Jancsi, Ambassador of Hungary to Lithuania, as well as Ákos Matzon and Rimantas Milkintas.